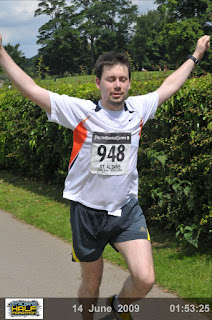 On Sunday my son Ors to start this year St.Alban halfmarathon again. He had a lot of work, it was less opportunity to training. He wants to achieve its target of 2 hours. His last year's result: 1:48:12
The St. Albans Half Marathon was founded in 1982 by local businessman, Phil Gibson, who wanted to raise money for a hospital scanner following the death of his mother from breast cancer. The first ever race was called the Mini Marathon and was open to runners, joggers and walkers. It attracted 1,300 competitors each paying £1.00 entry fee receiving a certificate on completion. First male home was local athlete Kirk Dumpleton and first female, local school teacher Irene Peatie.
Recording the results was a labour of love for Alan Woollaston who sat on the gantry above the finishing line speaking the numbers of the finishers into a tape recorder, then working into the evening with his son to feed them into the computer. The results were such a major task that the presentations had to be made the following day. The event was deemed a great success.It was considered to be the biggest charity event ever seen in St Albans. It was hoped that it would become an annual event…...Today we are proud to say that the race is now a regular date in the running calendar attracting athletes from all over the world. We have three of our local athletes who have competed in every race despite injury and pregnancy ! They are Duncan Burgoyne, Tony Crocker and Paula Wise. Since its conception the whole event has escalated to include fun runs for the children, 5K race and the Healthy Heart Jog with numbers totalling over 5,000. 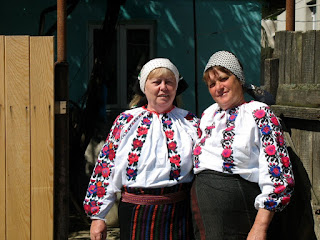 We arrived home. We traveled more than 2000 km . We had heat waves and cold weather as well. We met kind and less kind people. Fortunately, many people were nice. We visited the relatives. We traveled by car through beautiful countryside. We love to travel comfortably, sometimes stop to go to a restaurant, where unexpected things happen, to see. Finally the 9 days proved to be little. We had only so many times now.
Pictures are here
Bejegyezte: Mobi dátum: 7:54 PM No comments:
Címkék: Csango, Moldava, Romania, Transylvanie, travel
Newer Posts Older Posts Home
Subscribe to: Posts (Atom)