In Hungary the Christmas tree is decorated on Christmas Eve. In addition to the usual decorations, we also put fondant candies on and under the tree. According to the Hungarian tradition, the Christmas presents are brought by baby Jesus, although some families (who belong to other religions or atheists) follow the Santa Claus tradition, which was promoted also by the communist government that ruled until 1990.
Typical Hungarian Christmas dishes include: fish soup 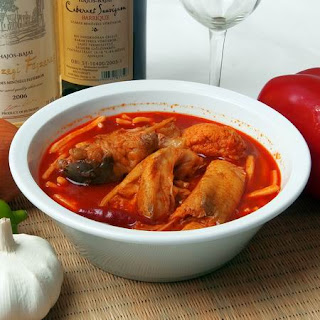 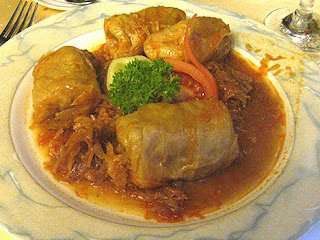 roast turkey with stuffing, and the famous poppy seed or walnut rolls. 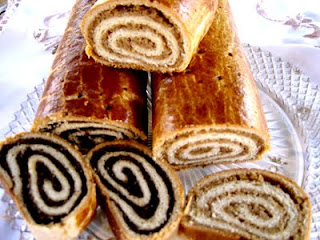 The poppy seed or walnut roll is a traditional Hungarian pastry, mostly eaten during the winter holidays. It is basically a sweet bread, known as beigli in Hungary. During the last few decades other variants (such as chestnut, plum jam, prune, or even cocoa) have become popular, too. 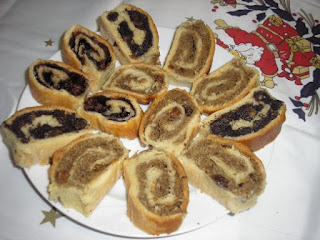 Poppy is widely consumed in many parts of Central and Eastern Europe. The sugared, milled mature seeds are eaten with pasta, or they are boiled with milk and used as filling or topping on various kinds of sweet pastry. In countries where eating poppy seed is not so common, people think that it can be dangerous or even lead to a positive drug-test. 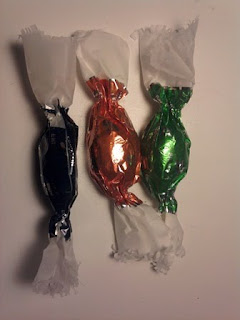 is a type of sweets, traditionally associated with Christmas in Hungary. It is usually made of fondant, covered by chocolate and wrapped in shiny coloured foil. It is often used as decoration on Christmas trees, hung on with strings or small metal hooks. Fondant candies originally came in a few flavours (vanilla and strawberry for example), but now there is a wide variety of different kinds of candies, including jelly, coconut, hazelnut and lots of other flavours.

I wish for everyone MERRY CHRISTMAS ! 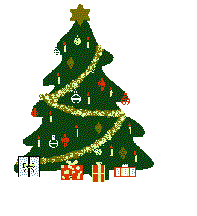