Last weekend saw a beautiful show in the Hungarian Heritage House. A programme was the dances from Kalotaszeg. The Hungarian Heritage House is a national institution founded in 2001 with the purpose of preserving and promoting Hungarian folk tradition.
The Hungarian State Folk Ensemble founded in 1951,  is devoted to collecting the folklore treasury of the Carpathian Basin and presenting it on stage. The Ensemble's repertoire  related to folk tradition: historical music, authentic folk music and dance,  traditional-based contemporary dance-shows. 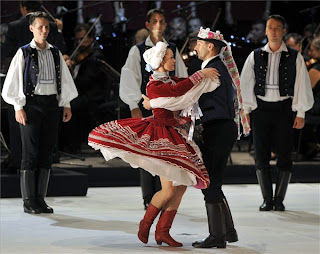 The Royal Vigadó building at the time of the Turkish occupation, one, built by the Turks  storehouse, and later was an arsenal.   The end of the 19th  century, rapidly growing bourgeoisie expressed the need to also be Vigadó in Buda.  The citizens of Buda in 1892, was first asked in writing from the leadership of   Capital of Culture Palace of similar structure Pest Concert Hall, where their meetings, keep their amusement. . In 1894 he finally solved the problem:  the armory, which was suitable for the location of the prospective Buda Vigadó building. The main street - Corvin Square - School Street side of the triangle bounded by the city purchased the adjacent land as well. In 1897, the capital of the General Assembly of the public tender for the building, which won Kallina Mor and son in law. The architects were very difficult before, because it was not easy to satisfy the needs of many, theaters, libraries and other cultural purposes and building design for a specified block. Their task is finally resolved well. The design competitions in 1896 and two years later, after the construction, begun in the spring of 1898, and the following autumn building has a floor area of 800 négyszögöl structure was in place. 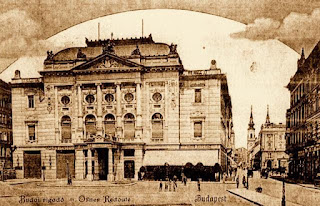 The built between 1898 and 1900, two-storey, fully furnished, tympanum, dome-like building with a mansard tetőfelépítménnyel, especially in the neo-Renaissance style that bears the marks of the disease is characterized by an eclectic style.  The door and window framing the sills also in Italy (Rome, Florence) Renaissance palota építészetből known solutions.
The house has two decorated (Corvin Square and Main Street) and a subordinate (the School Street) was a facade. The building to the south, in the direction you're Corvin tér. Middle simple array wings attached. On the first floor a large, semicircular, circular windows on the second floor were installed. These windows framing the source of ornate, baroque character.
Old photographs show that the building was a main street at the corner cafe, the restaurant and School streets. The eclectic look is relatively simple to stunning art nouveau interior decor compensated. The impressive spacious lobby decorated with marble columns, karst, it wide marble staircase to the first floor. Illuminated by hundreds of lights along the stairs, the inner walls are painted pale green.  The cafe downstairs, upstairs 400 people were in the restaurant .The first floor is a 350 square meter main hall housed. The room is perfect for organizing balls Wall surfaces of large mirrors .  On the side of the streets parallel wings further small rooms, interior view corridors, lounges, clubs and reading rooms, card room opened. On the upper floors of four private apartments were created. 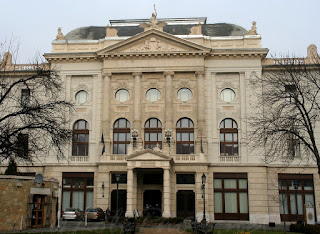 The building was the 1900th on January 20, was handed over by Mayor .
The 306-seat ballroom, later converted into a theater. Today, it is home to the theater in the first row of the Hungarian State Folk Ensemble, who are more than 120 times each year occur here. Today, the building's many functions: the Concert Hall was replaced by the Hungarian Institute for Culture and Heritage House. 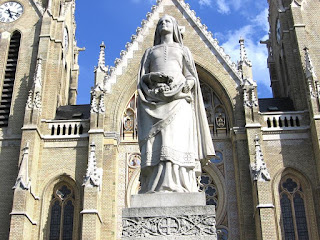 The building was reconstructed in 2007. The work has clearly was the last renovation of the exterior forties, took place after 1945. The war caused serious damage restoration was thorough, but it will not restore the original state, but also sought to develop a much simpler building. Solutions of the original building plans were easy to follow and retrieve archival material. This is important because the biggest part is not destroyed more contemporary images, maybe the contemporary imagery plenty of documented Corvin tér main facade of the exception. 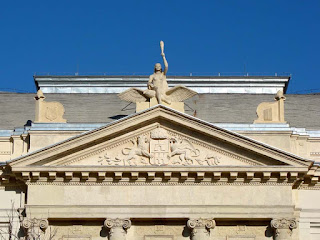 The result of the reconstruction of the building can be seen. The sills are missing from the statues were returned to the tympanum above is also missing the mythological statues. Opened the front wheels ablaknyílásait previously bricked, so the building was open to the Corvin tér. Back into the ground floor of a former great cafe and restaurant windows. The main entrance is re-covered driveway. The total external refurbishment of the interior renovation will hopefully be acceptable.
In 2011 the building was declared a national monument 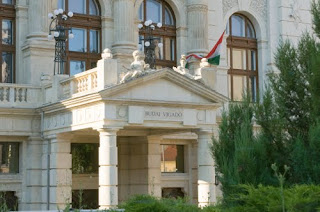 Kalotaszeg is a region in Transylvania comprising around 40 villages with Hungarian and Hungarian-Romanian mixed population, located among the mountains that separate the Transylvanian Basin from the Hungarian Great Plain.

In the second half of the 19th century it was perhaps in the villages of Kalotaszeg that folk art flourished in the richest and most varied forms: costume, painted furniture, woodcarving, embroidery, weaving and a great many genres producing minor objects, vocal and instrumental music, dance, and festive customs all existed side by side and intertwined. .Even nowadays West-Romania is one of the location where people keep the old transylvanian hungarian folk traditions alive.

At an early stage only the young girls' and women's blouses were decorated with hand embroidering. Later skirts,  other clothing and step by step tablecloths and towels became more and more fancy. Of course these were only used occasionally on holidays since people treasured these things back in those days in the poor world. 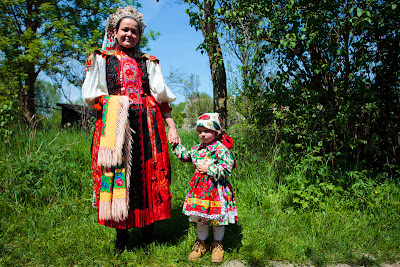 I didn’t know it, maybe others didn”t either.

I think, many people recognize the German national anthem. Usually I like to  listen to the symphonies and oratories of Haydn. I know that he had a  Hungarian connection.  He lived in Eisenstadt several decades. (at that time it was also Hungary)  He was a conductor at  Prince Esterhazy court. I was in his  birthplace in Rohrau 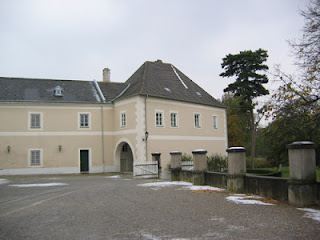 and I saw his grave in Eisenstadt. (His funeral and the stolen skull,  are another story). 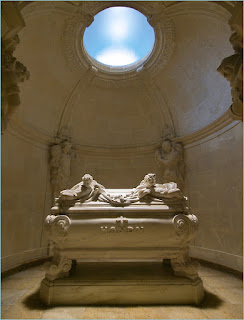 Haydn was an authentic Austrian composer. I was listening to a concert
on DVD recently. I overheard a melody and I thought that I already know it. I read the brochure on the  DVD  about what  it. Is it  was Haydn C dur (Kaiser)  quartet. 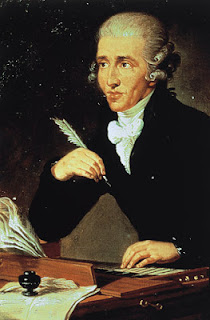 In 1797,when he returned from  the second  concert of London  - because the British national anthem (God Save Our Gracious King) was  very  popular there – Haydn composed music, an  anthem for the emperor, it's  called : Gott erhalte Franz der Kaiser, ( a congratulation for  emperor Ferenc I. )  based on a Croatian folksong. 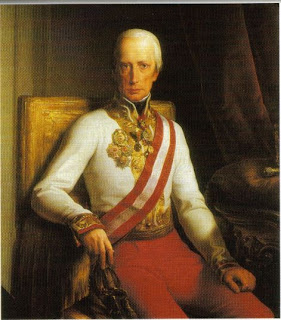 The poem was by  Leopold Haschka. The next emperor was Ferdinand, so he needed to rewrite  a poem with the new first name. Then came Ferenc  József  and once more a new first name was needed. There are several kinds of texts, but  the people of Vienna didn’t like them. Then there was a competition for a new text. The condition was: it was forbidden to write a first name in the text. The final text of the anthem was written by Seidl. Finally, it was the text of the anthem  until 1918.  (One interesting thing: The emperor anthem was played on the funeral of Otto von Habsburg in Vienna in 2011.) This melody is the
national anthem of Germany  to this date. The text was added to by
Hoffmann von Fallersleben  in 1922. 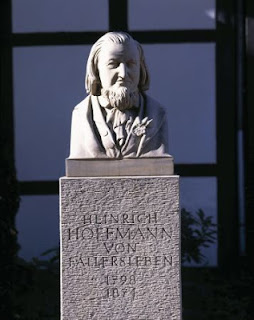 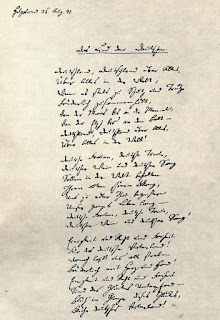 The anthem consists of three stanzas. The first one – was also sung during the Nazi era  – in European countries it caused revulsion.  Women’s organisations protested against the second stanza in  Europe. Therefore  only the third stanza is sung as a national anthem in German practically since 1991.