I put my photos at PC tonight, when made a move my chair under me. :) Firstly I thought it maybe went to a truck in front of the house. Then came the idea right away, maybe this is an earthquake. Once upon a time I lived through one of those. I'm looking at the chandelier, but it doesn't move. Later I heard breaking news, it was indeed an earthquake of 4.5 magnitude. The epicenter was about 50-60 km from my house. 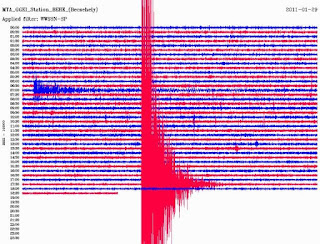 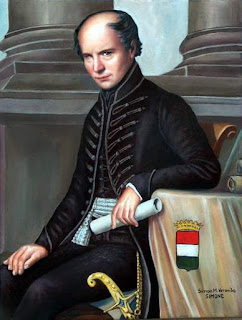 The Day of Hungarian Culture in Hungary since 1989, is celebrated on January 22 in memory of that - of the manuscript suggests that Kölcsey this day in 1823 clarified the manuscript off check at the National Anthem. 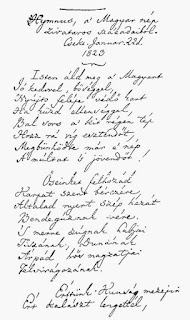 Himnusz" (in English: Hymn) – a song beginning with the words Isten, áldd meg a magyart (God, bless the Hungarian) – is a musical poetic prayer that serves as the official national anthem of Hungary. True to its title, Himnusz presents a more solemn and dignified tone than many other lively national anthems. It was adopted in 1844 and the first stanza is sung at official ceremonies. The words were written by Ferenc Kölcsey, a nationally renowned poet in 1823, and its currently official musical setting was composed by the romantic composer Ferenc Erkel, . The poem bore the subtitle "A magyar nép zivataros századaiból" ("From the rough centuries of the Hungarian people"); it is often argued that this subtitle – by emphasizing past rather than contemporary national troubles – was added expressly to enable the poem to pass Habsburg censorship. The full meaning of the poem's text is evident only to those well acquainted with Hungarian history.

O, my God, the Magyar bless
With Thy plenty and good cheer!
With Thine aid his just cause press,
Where his foes to fight appear.
Fate, who for so long did'st frown,
Bring him happy times and ways;
Atoning sorrow hath weighed down
Sins of past and future days.

By Thy help our fathers gained
Kárpát's proud and sacred height;
Here by Thee a home obtained
Heirs of Bendegúz, the knight.
Where'er Danube's waters flow
And the streams of Tisza swell
Árpád's children, Thou dost know,
Flourished and did prosper well.

But, alas! for our misdeed,
Anger rose within Thy breast.
And Thy lightnings Thou did'st speed
From Thy thundering sky with zest.
Now the Mongol arrow flew
Over our devoted heads;
Or the Turkish yoke we knew,
Which a free-born nation dreads.

O, how often has the voice
Sounded of wild Osman's hordes,
When in songs they did rejoice
O'er our heroes' captured swords!
Yea, how often rose Thy sons,
My fair land, upon Thy sod,
And Thou gavest to these sons,
Tombs within the breast they trod!

Though in caves pursued he lie,
Even then he fears attacks.
Coming forth the land to spy,
Even a home he finds he lacks.
Mountain, vale—go where he would,
Grief and sorrow all the same—
Underneath a sea of blood,
While above a sea of flame.

'Neath the fort, a ruin now,
Joy and pleasure erst were found,
Only groans and sighs, I trow,
In its limits now abound.
But no freedom's flowers return
From the spilt blood of the dead,
And the tears of slavery burn,
Which the eyes of orphans shed.

Pity, God, the Magyar, then,
Long by waves of danger tossed;
Help him by Thy strong hand when
He on grief's sea may be lost.
Fate, who for so long did'st frown,
Bring him happy times and ways;
Atoning sorrow hath weighed down
All the sins of all his days. 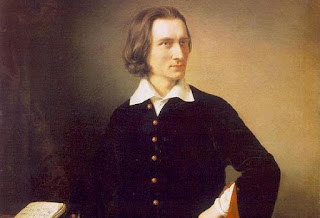 The opening event of Liszt Year 2011 will feature a joint concert by the National Philharmonic Orchestra and Choir performing three Liszt pieces in Budapest's Palace of Arts. The Philharmonics and the Choir will then give a concert in Brussels in March. In a Liszt Year highlight event the composer's only opera, Don Sanche, will be performed in July in the German town of Bayreuth, where Liszt was buried in 1886.
Another outstanding event will be the World Liszt Day to be held on October 22, the anniversary of the composer's birthday. On that day Liszt's grand oratorio, Christus, will be performed in concert halls around the world from Paris to Seoul.
Other programmes in Budapest include the Liszt Marathon offering classical music and crossover concerts in May and the Liszt and Europe international chamber music festival in the autumn.

He arrived from Russia in his Offenbach travelling carriage, regarded as a novelty, and of which he had two… These carriages were greatly admired. Provided with every luxury, every amazing comfort, they served as a salon and dining-room by day and a bedroom by night.” We can read in Liszt’s contemporary biography about the mobile accommodation used by the artist who criss-crossed Europe many times in the course of his career, which was well suited to the citizen of the world at home almost everywhere, and to the lifestyle of this wandering romantic. Liszt did, in fact, feel at home in many different regions of the continent, travelling between the countries, kingdoms and principalities of a Europe that in many respects was even more diverse than it is today. The performing virtuoso delighted in this colourful variety, the striking features and sound characteristics of the national cultures; the attentive and sensitive composer understood and made use of them. As a result the beloved melodies of a whole host of nations can be heard in his piano pieces: old Hussite songs and Neapolitan canzone, Spanish rondo and festive polonaise, God Save the Queen, and naturally a whole series of Hungarian songs and rhapsodies. As a young man Liszt became a true citizen of the world in the liberal atmosphere of Parisian artistic society, and later as the musical leader of the principality of Weimer he staunchly preserved his European outlook and his grandly confident ease of manner, just as later as resident of the “eternal city”, or as a piano professor in Budapest. His was a truly international career: he wrote a French opera (Don Sanche, composed when he was still in his early teens), he established a German music society and a Hungarian academy of music, and like the many concert venues and awards, Liszt’s generous charity knew no borders – from Hamburg to Paris, from Bonn to Budapest. It would appear that the great man’s love life also demonstrated his ability to transcend linguistic and ethnic (as well as social) differences, but his international host of students was at least as convincing evidence of his constant openness and lack of prejudice. Perhaps the most eloquent proof of this openness was Liszt’s activity in Weimar: in the city that had almost entirely lost its colour after the death of Goethe he had the works of the most progressive German composers of the time performed, as well as compositions by Berlioz and Verdi, and even in 1877, well after his official departure, he used his prestige to have the world première of Camille Saint-Saëns’s opera, the still popular Samson and Delila, held in Weimar. And yet our kinsman everywhere you go!” reads the second line of Vörösmarty’s Ode to Liszt already cited above, and the musician’s entire long life bore witness to the soundness of the poet’s trust. Because although this son of Doborján never became proficient in the Hungarian language, Franz Liszt never forgot his national allegiance and patriotic duty. “It is my lodestar that one day Hungary will be able to point to me with pride,” he once wrote, while in another letter he summed up his active patriotism eager to be of use: “The essential thing for me can be summed up thus: as I was born in Hungary it is fitting that they should benefit here, however slightly, from my musical talent. Rather than flaunting my patriotism with empty phrases, I am striving to accomplish the tasks that go with it.”
Bejegyezte: Mobi dátum: 8:43 AM No comments: A bejegyzésre mutató linkek
Címkék: 2011, holiday, Hungary, music

Yesterday said the Meteorological Institute that end of a very cold, so the first time this year, we went hiking at the Buda hill. It was true, didn't have minus 10 degrees, but there wasn't plus10 degrees. There is still considerable snow in the woods, at the end of the trip at the village began melt the snow in the early afternoon only. Unfortunately, we had only a few minutes of sunshine 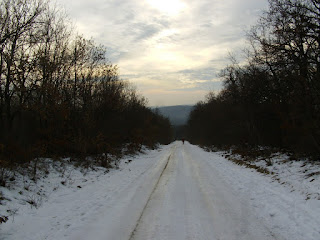 Between Paty and Telki we went at the green crosses trail, the edge of the Black Hill. We was climbing Telki- mountain (421 m), and then at the Hunter House Anna we had lunch from our backpack. Soon, we went to the green square trail has been steadily descended to the village Budajenő to the bus station. Here we will have to wait 40 minutes, so it's lost the heat, which we gathered up on the way. At home gratified a little mulled wine :) After the holidays, when we ate a lot of grit, it was very good for a small movement in the beautiful snowy forest. Unfortunately, I forgot to charge the batteries, so I made only two pictures. 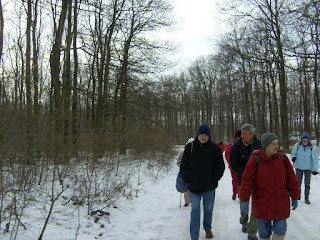