When I started elementary school at the same time I started  learning music.   When I could already read the notes,  I began learning to play an instrument. In 1964 a children's choir was set up in the music school. I had a membership here until the end of my secondary school years. 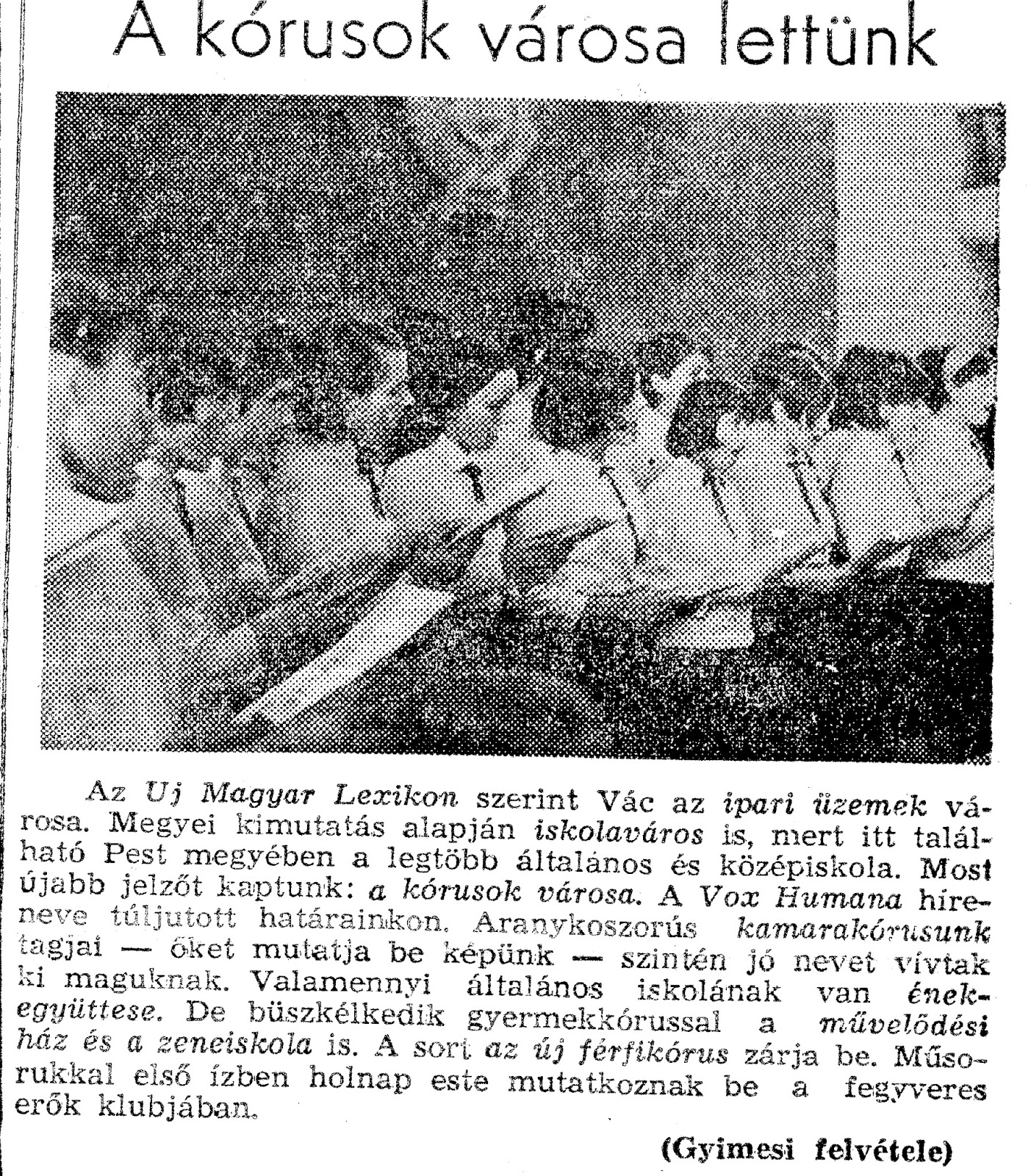 In the choir we sang many beautiful classical pieces.  We had a lot of fun and I still have friends from this period.
Our conductor was a young man, who  finished the music college at that time. He had the first workplace in  the  music  school. So we grew up together. He was the leader for 23 years. After that he got a possibility to work in Finland with a Finnish children’s choir. So he moved there with her family for some years.  His wife was a choir member, a talented pianist. They have four children, All of them are well-known musicians. Gergely plays the piano, Tibor is a cellist, Bence plays the bassoon and Bernadett plays the flute. Gergely received the Kossuth prize when he was 30 years old. He  was appointed a citizen of honor in his native town of Vác. 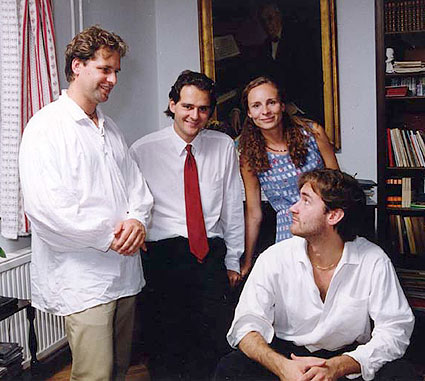 The choir still exists  after several name changes nowadays.
In April, I got a  phone call, a celebration of the foundation  the choir was organised. It will be the  50th birthday.
I was glad that I was going to meet old friends. A little concert was organised where we sang the old pieces. 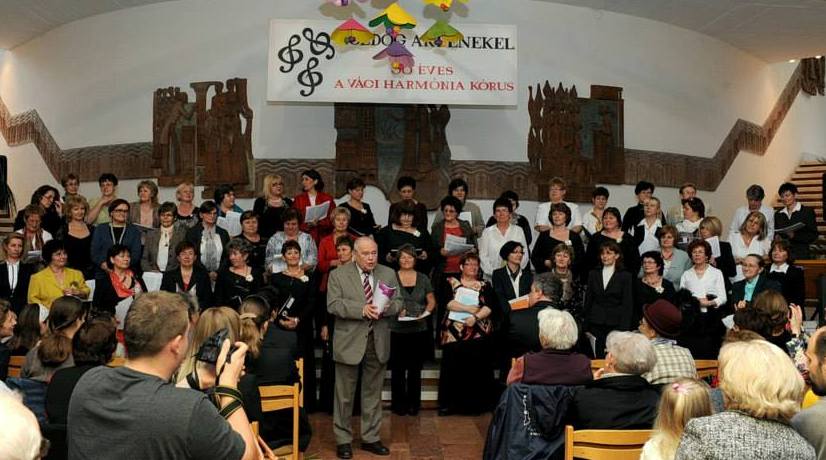 The conductor - who is 75 years old today - is still active and also very kind. 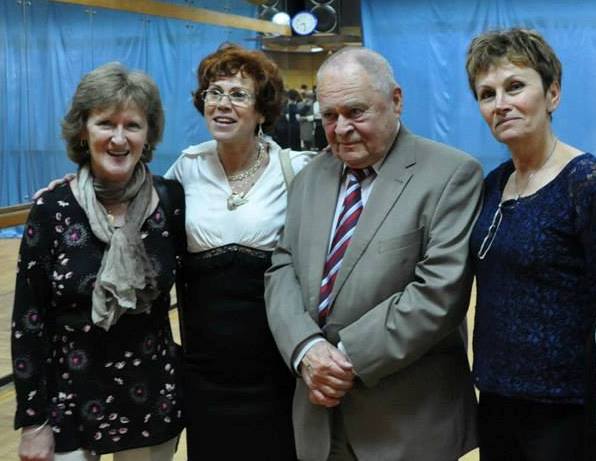 Many of  the old members have chosen professions of music or they are music teachers.  After the concert there was a little reception  in a good mood.

I hope this will be repeated again and we don't need wait another 50 years, because we don't have so much time already. 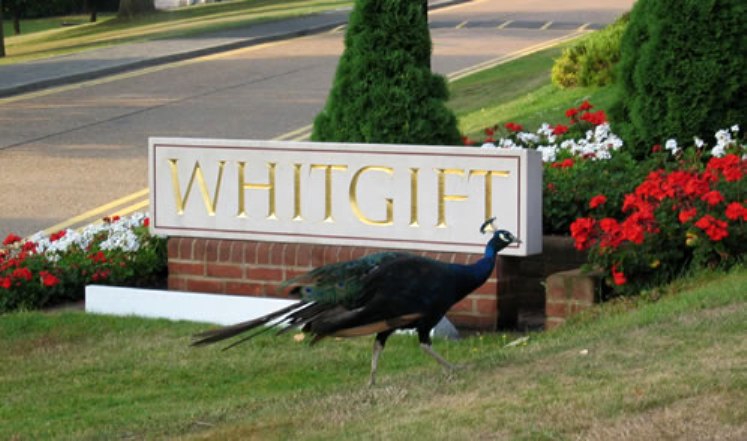 My grandchild Matt was in a camp in April.   The firm "Super Camps" rents the institutions of a private  school,  during the school break.  So I could  look at an English  private school, but only from outside. 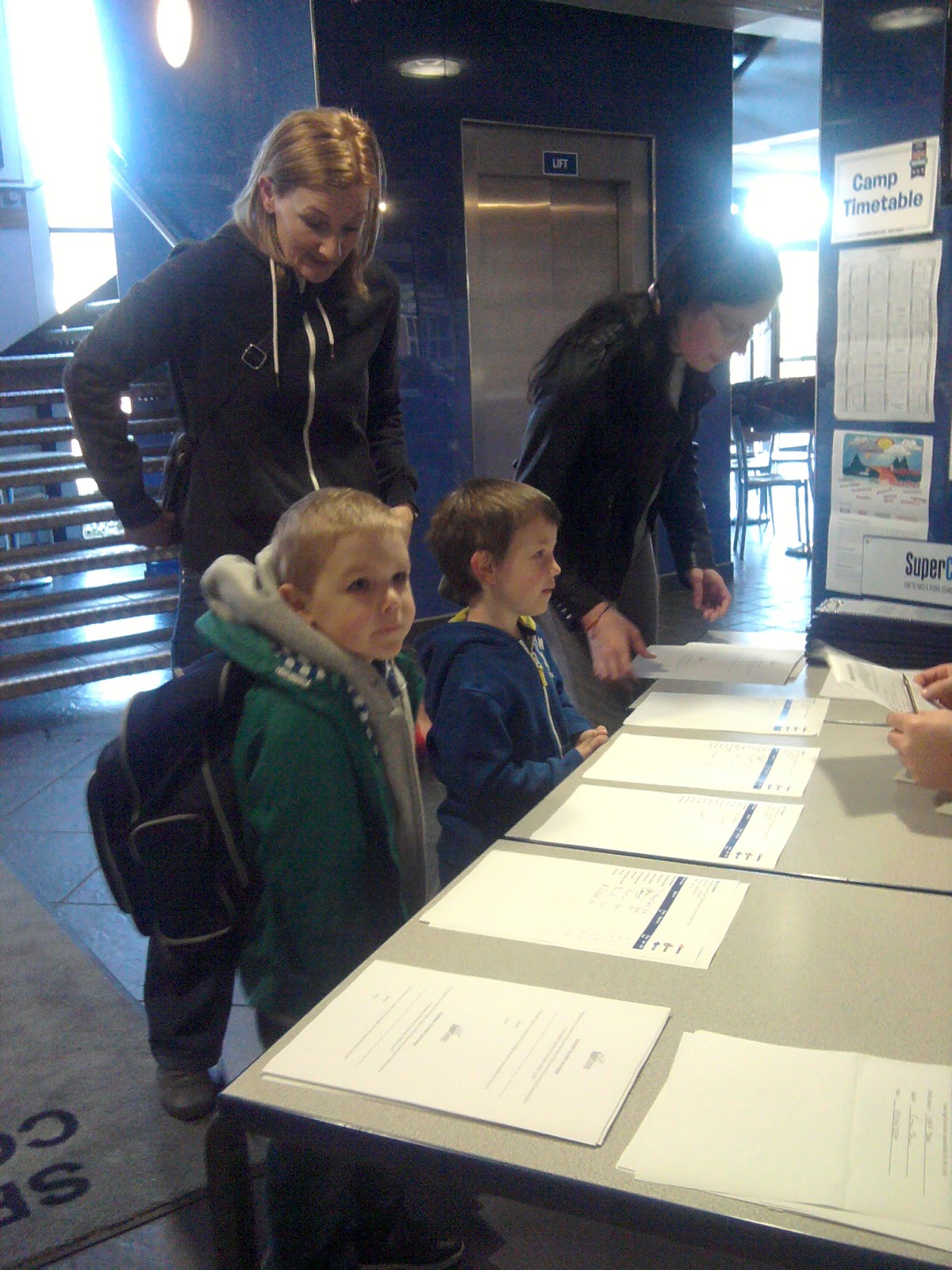 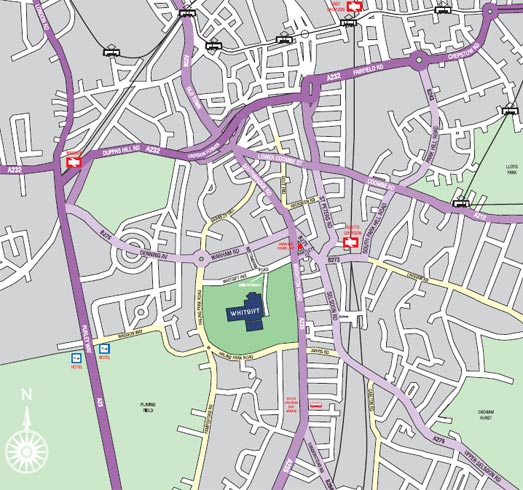 The school  originally operated  on a part of South  Croydon, it's called North End,   then it was moved to its present location in Hailing Park in 1931. This area and the  buildings were owned by Lord Howard of Effingham (1536-1624) an English admiral who was the commander for the English maritime  fleet against the Spanish Armada.
The buildings of the school are in a 45 hectars area. 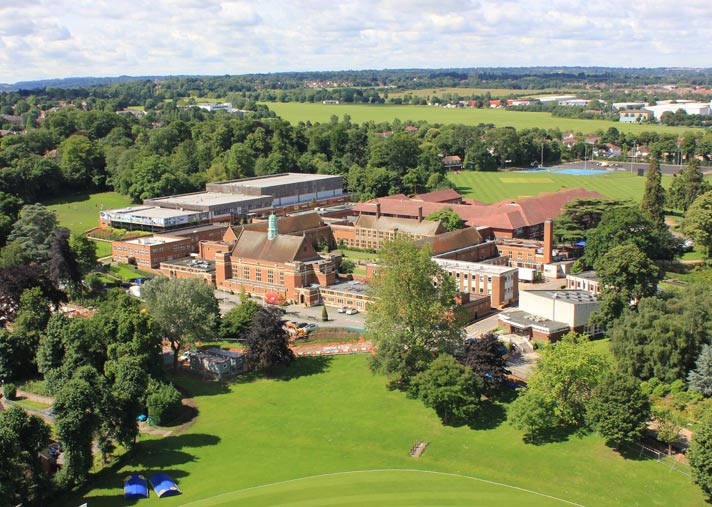 There are old and new houses, great gardens, 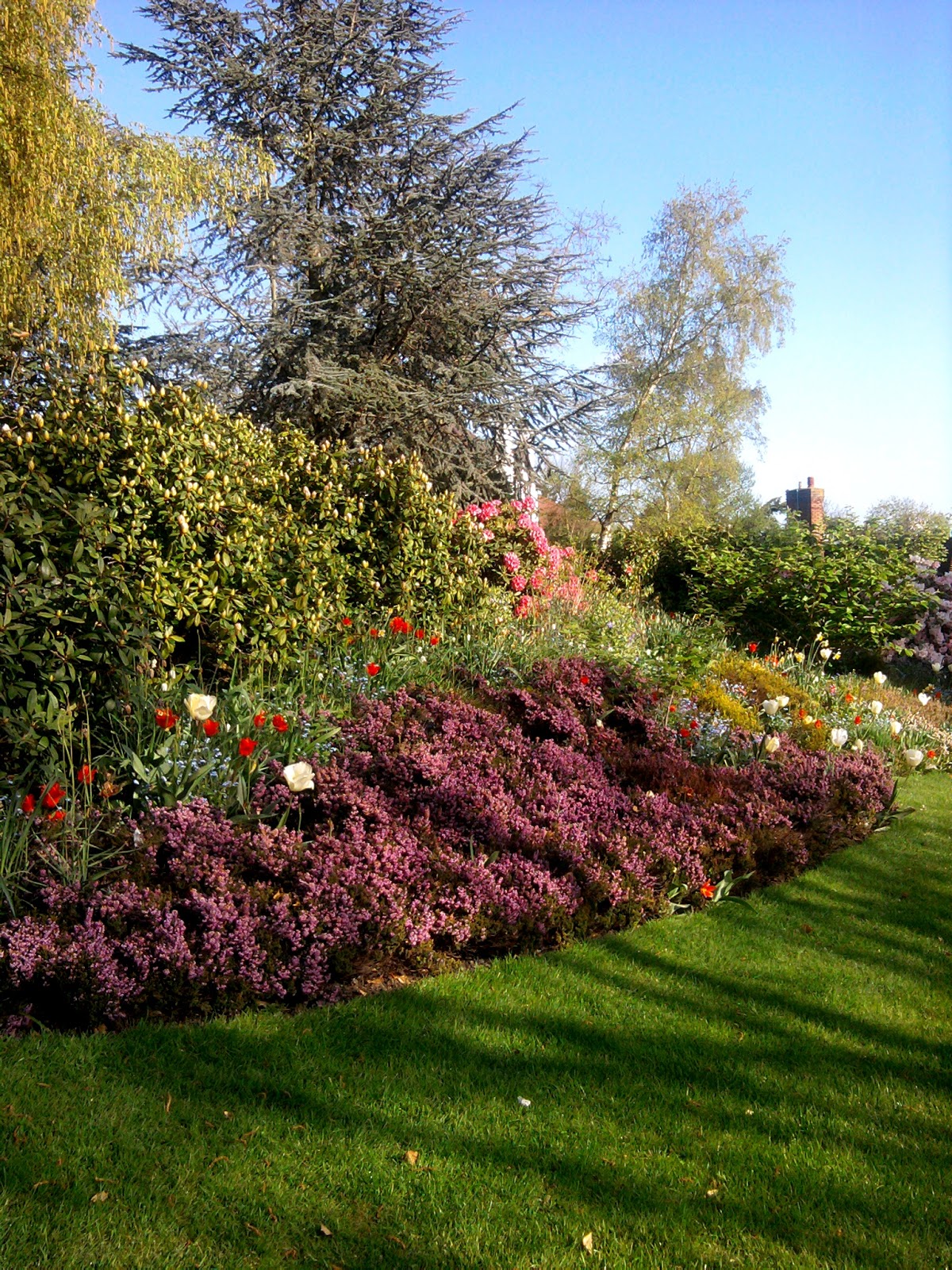 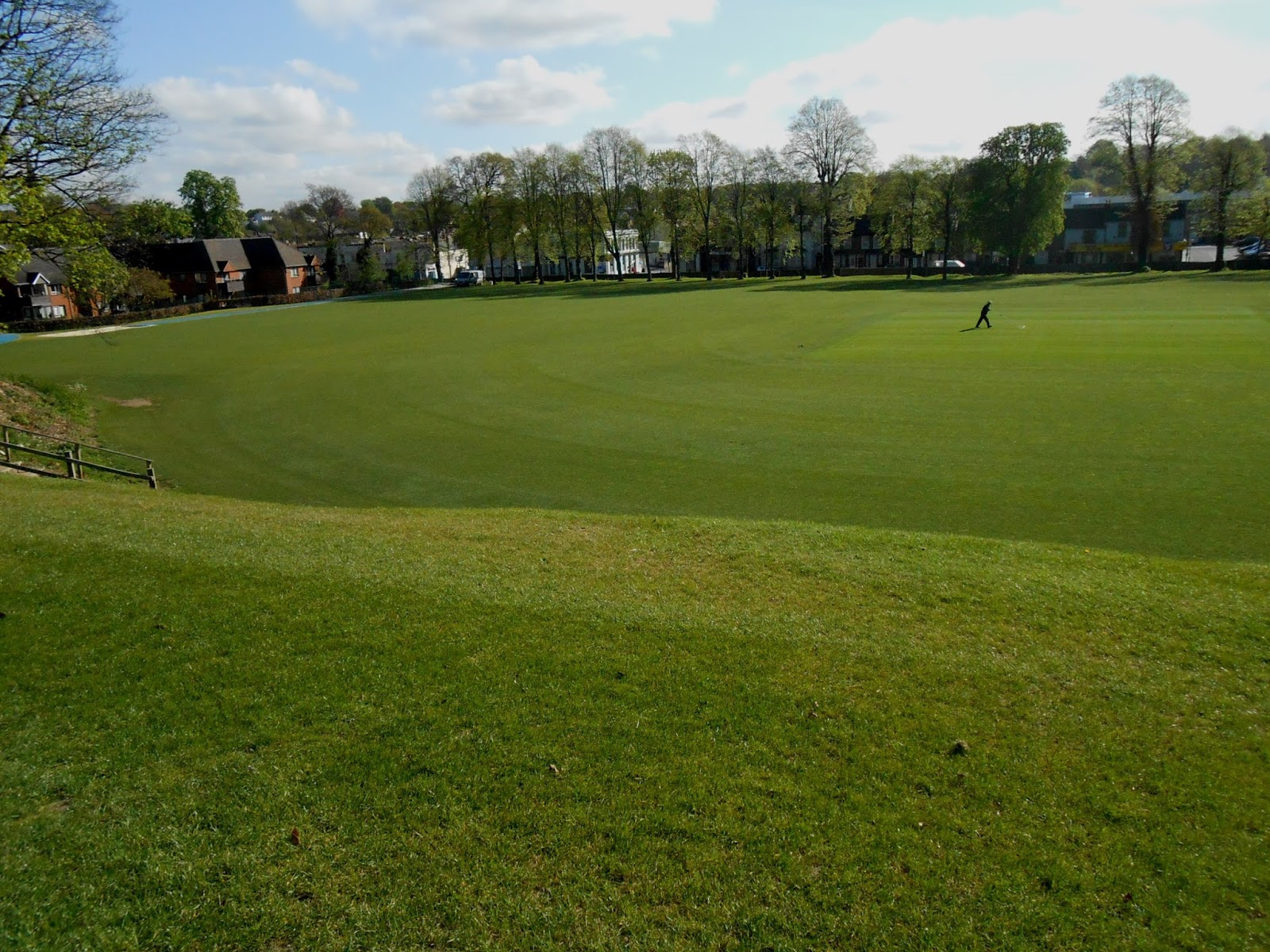 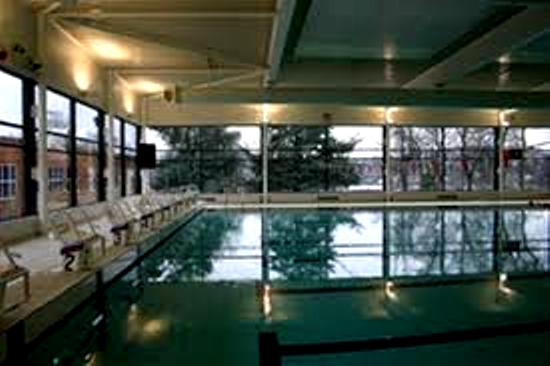 music school and concert hall, IT centre, laboratories and a little zoo with peacocks, geese, flamingos, kangaroos and an albino wallaby. 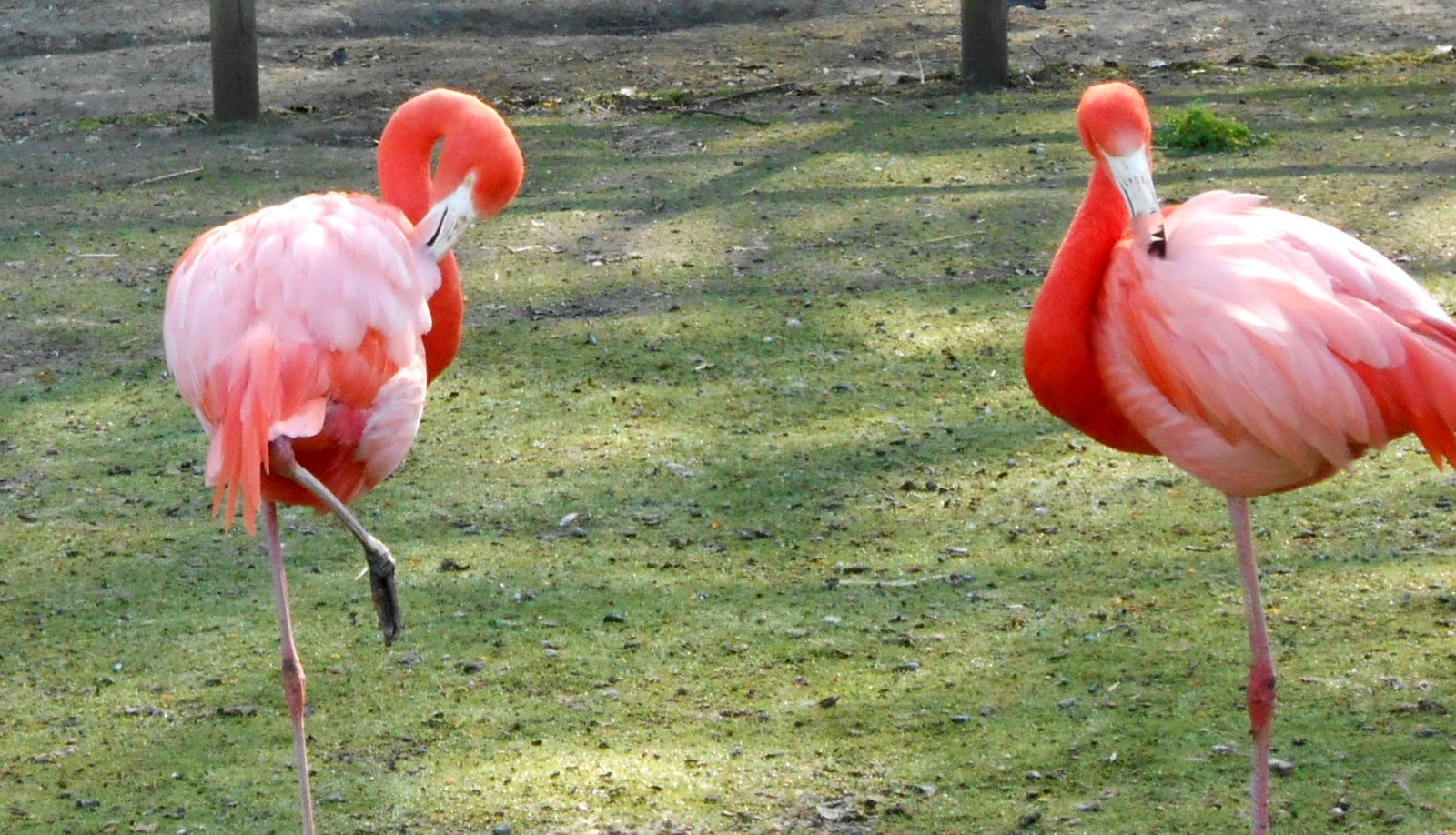 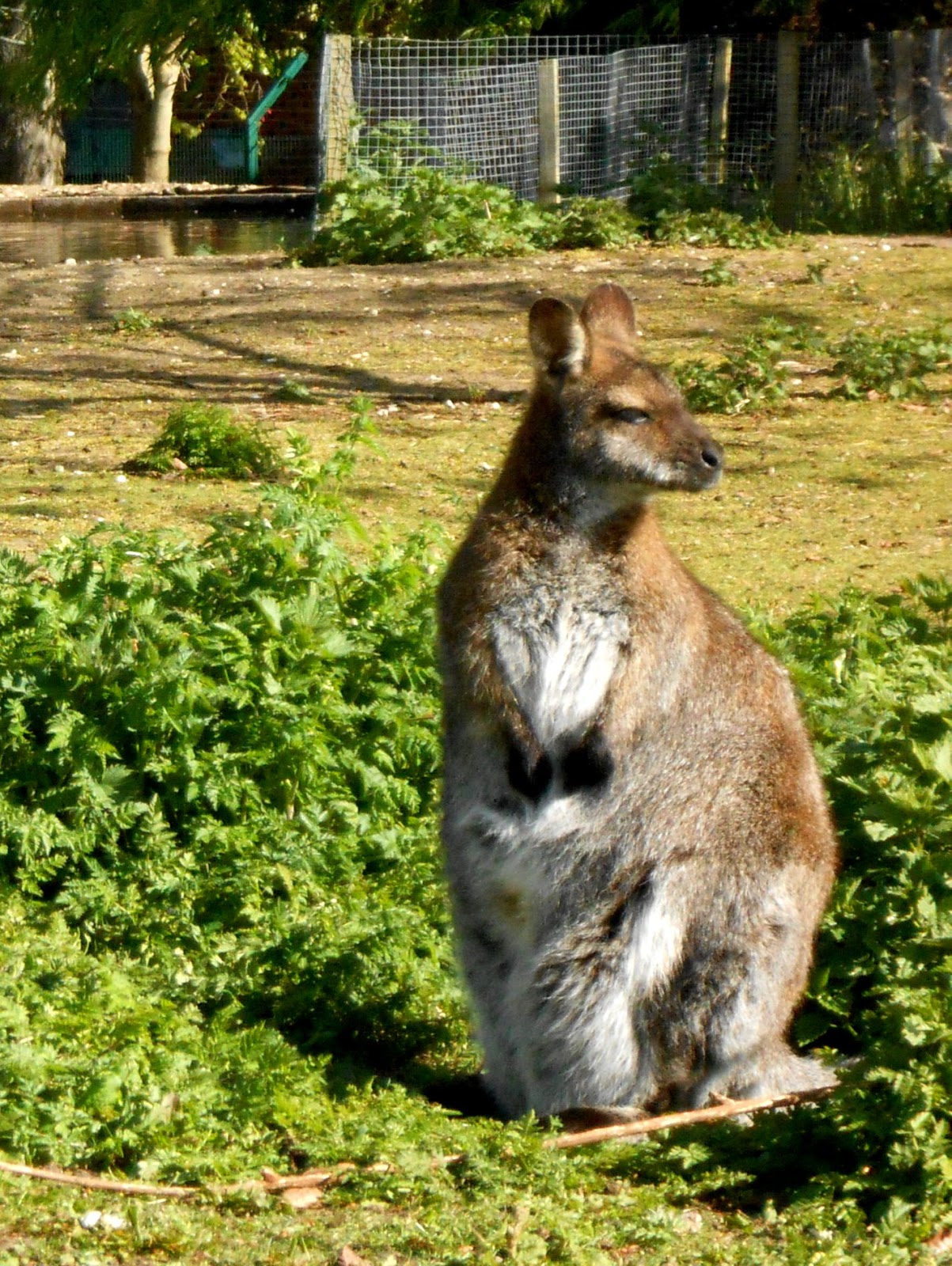 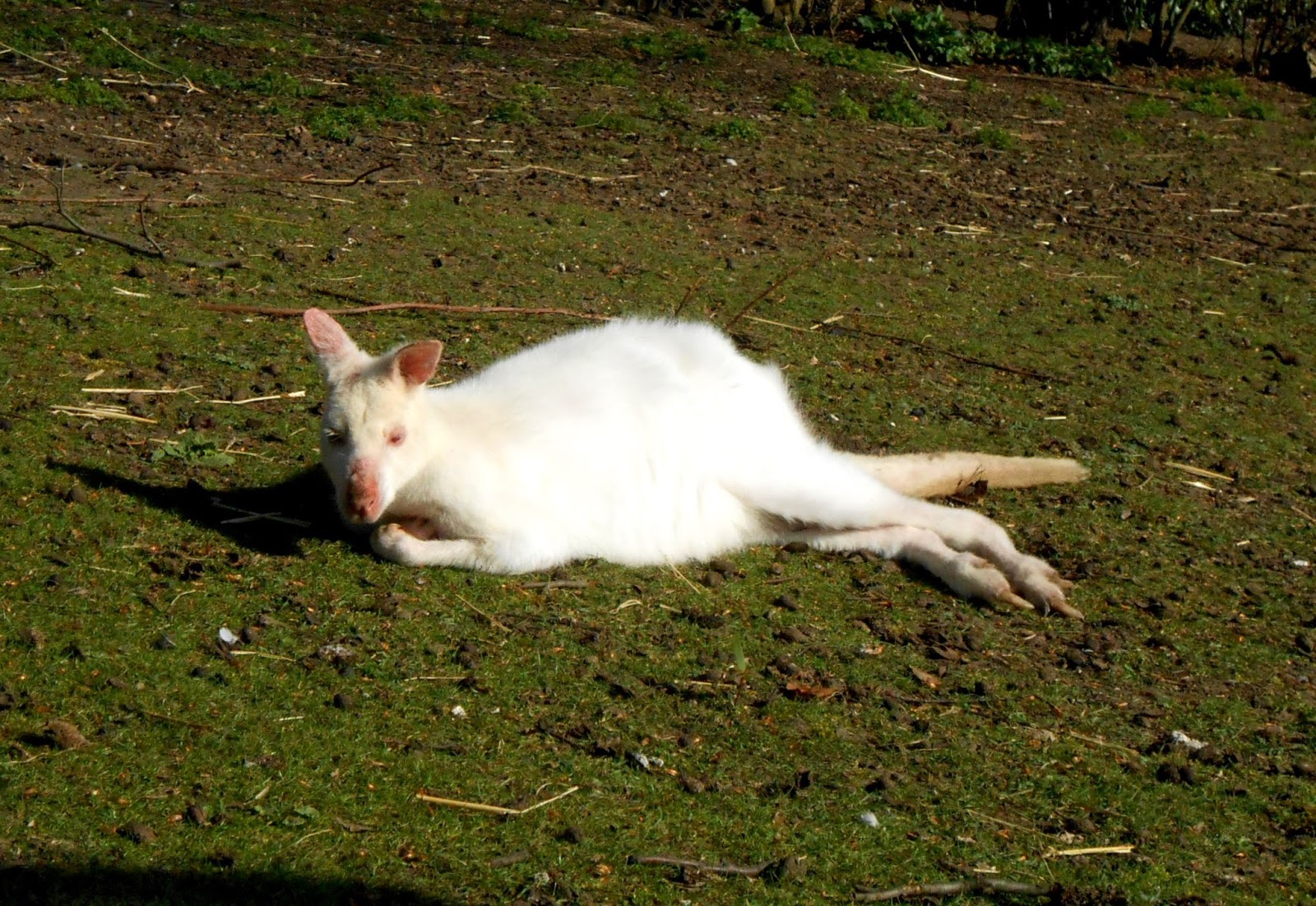 There were two albino wallabies but one of them drowned in a little pond. There was very big fog and he didn't see the water.
The school's name is Whitgift. John Whitgift 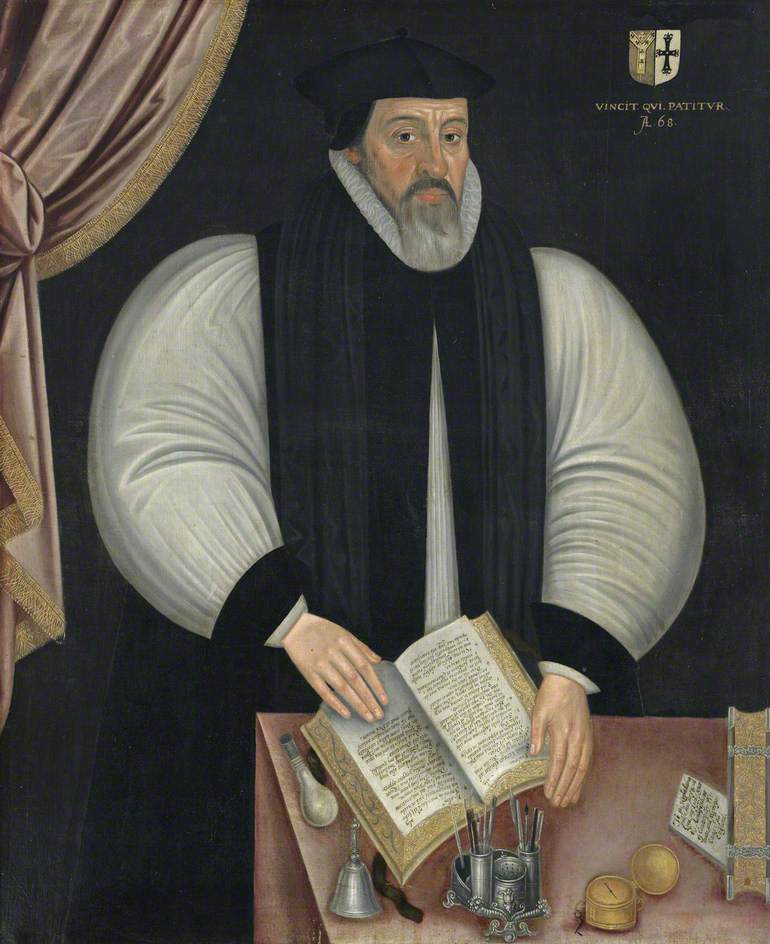 was the last archbishop of Canterbury  in the time of Elisabeth I.  The school was founded in 1590 and the teaching started in 1600.
In the school boys study only, between 10 and 18 years old. 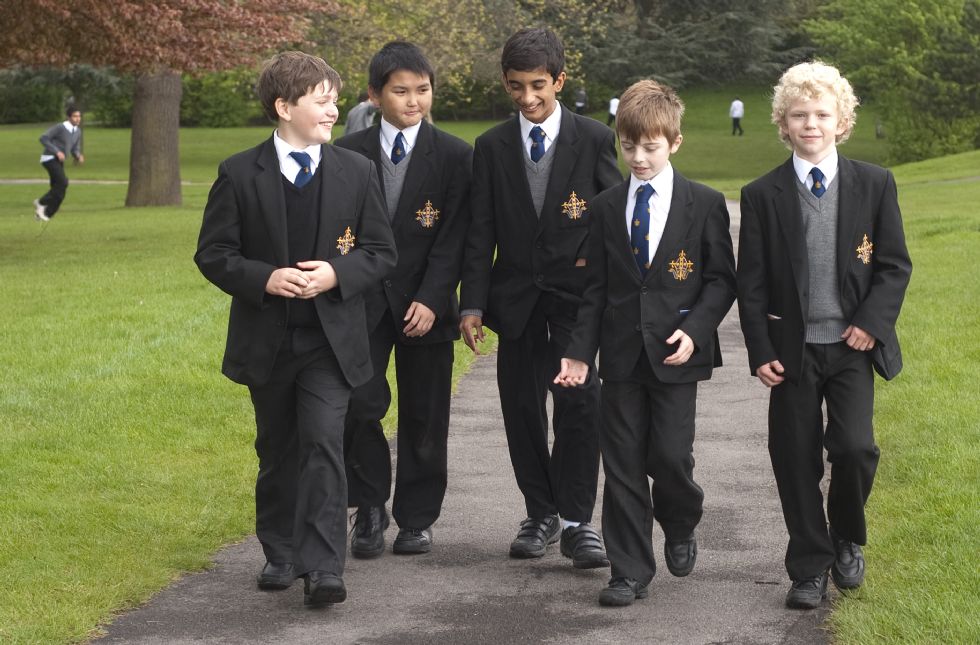 The school fee is fairly  high, 17000 pounds a year. The kids have  very  serious  entrance exams and they have  to be especially talented at  sport, art, natural sciences, etc.   There is a possibility  of a full grant as well.


In the past more than 400 years, the current director is the 26th.

The next event was the Virgin London Marathon. The weather was beautiful,
sunny and blue sky. During breakfast I was watching  the start of the disabled and
the  injured sportsmen on  TV. 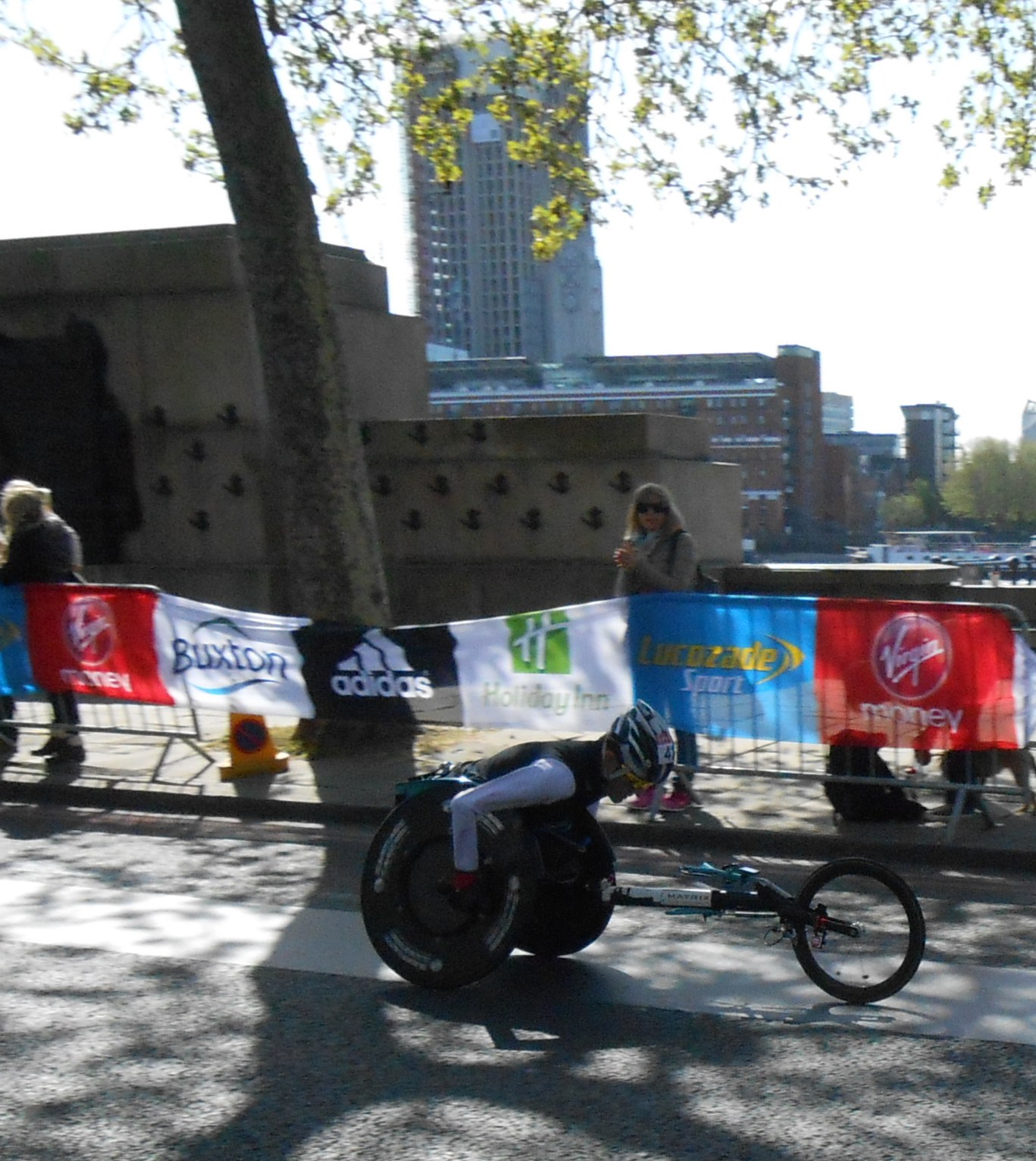 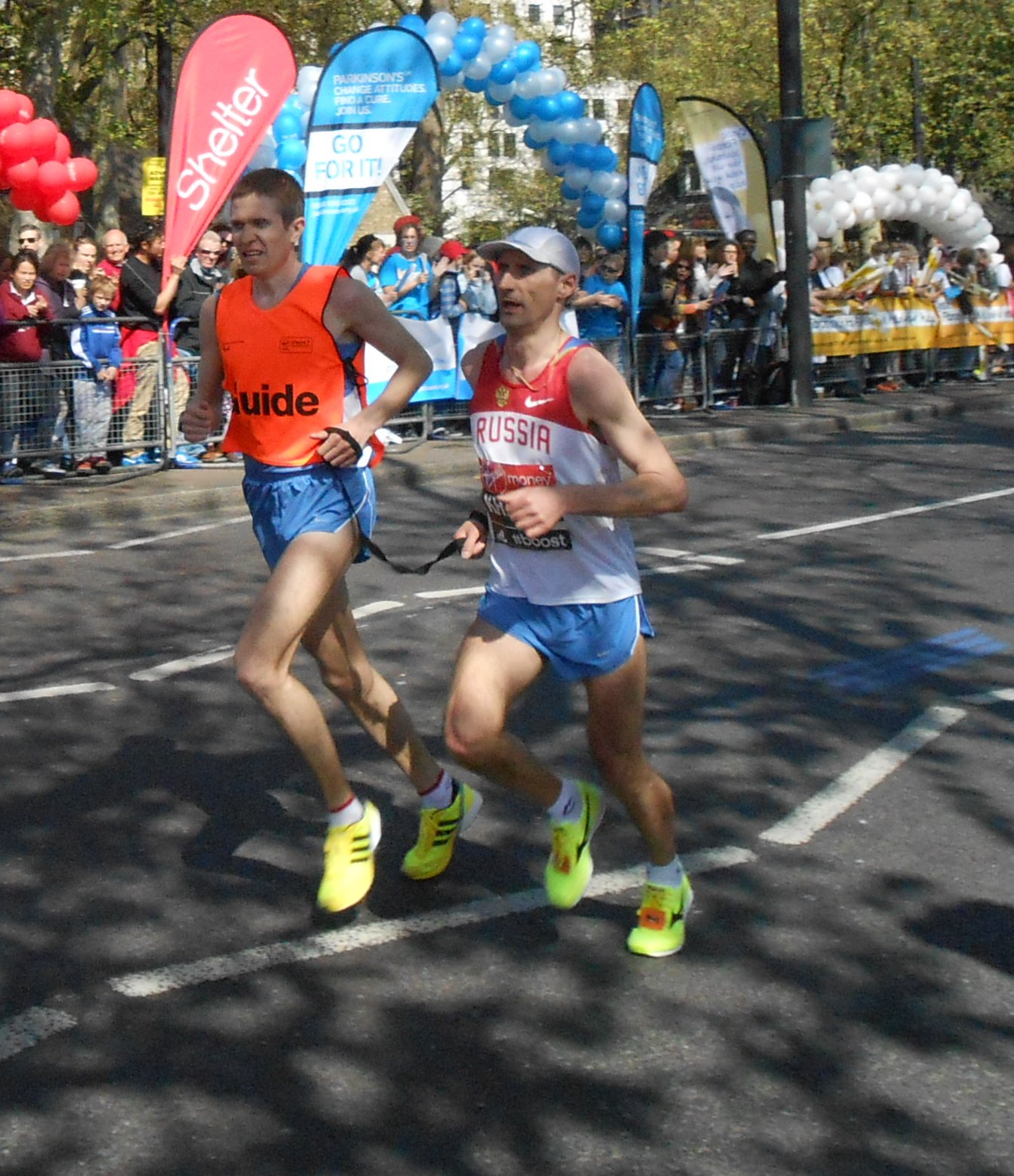 After that  I went  by train to the Blackfriars bridge. From the train station I was walking on the bank of Thames and on the Victoria Embankment. 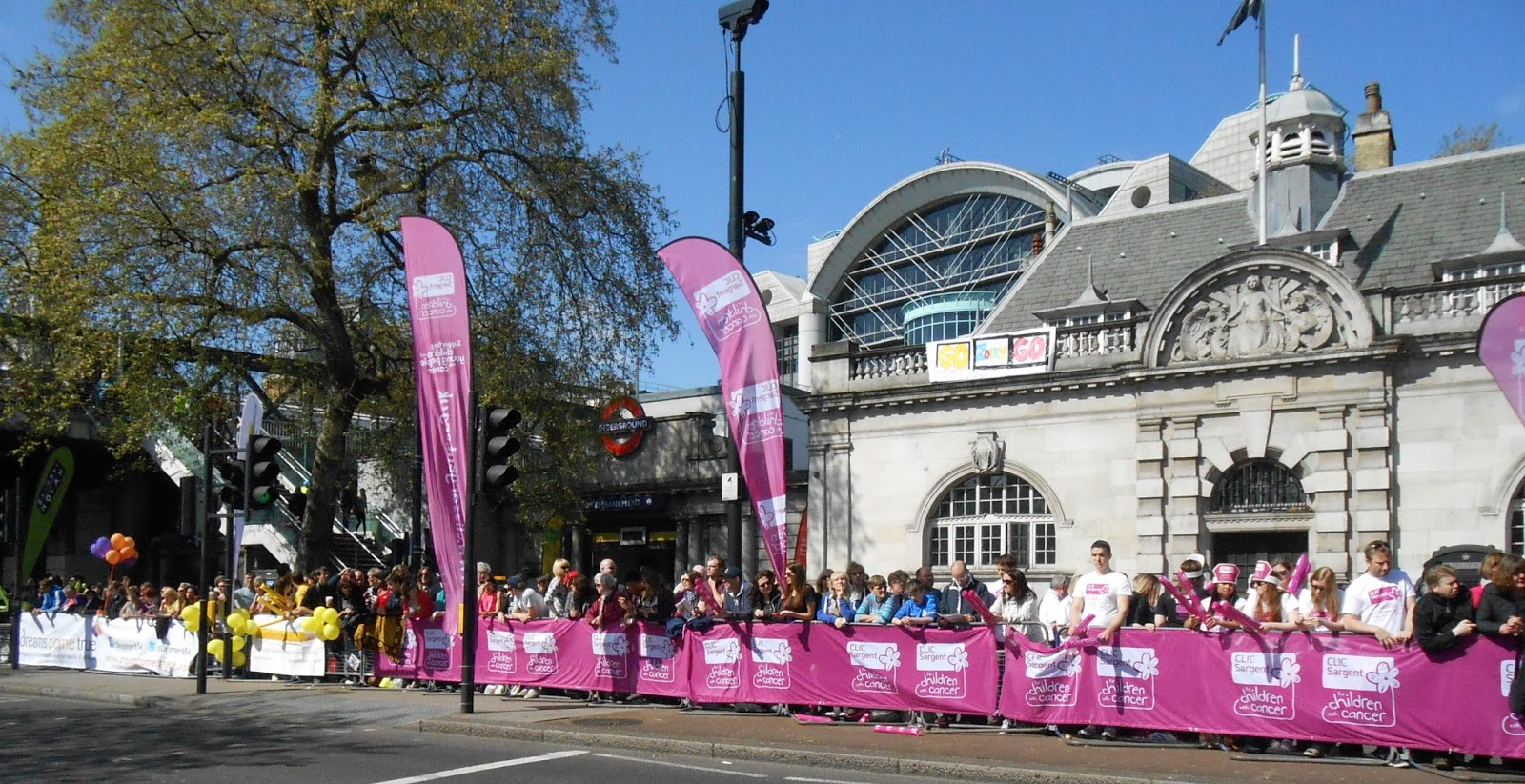 I was on the spot at eleven o'clock.  The route was from  Greenwich to Buckingham palace and they were running  through  the famous  sights of London.  About 35000 athletes entered this year. I found a very good place to see and to take photos. Here was the 40 kms sign, so  the goal was not far from here and I could see the best runners 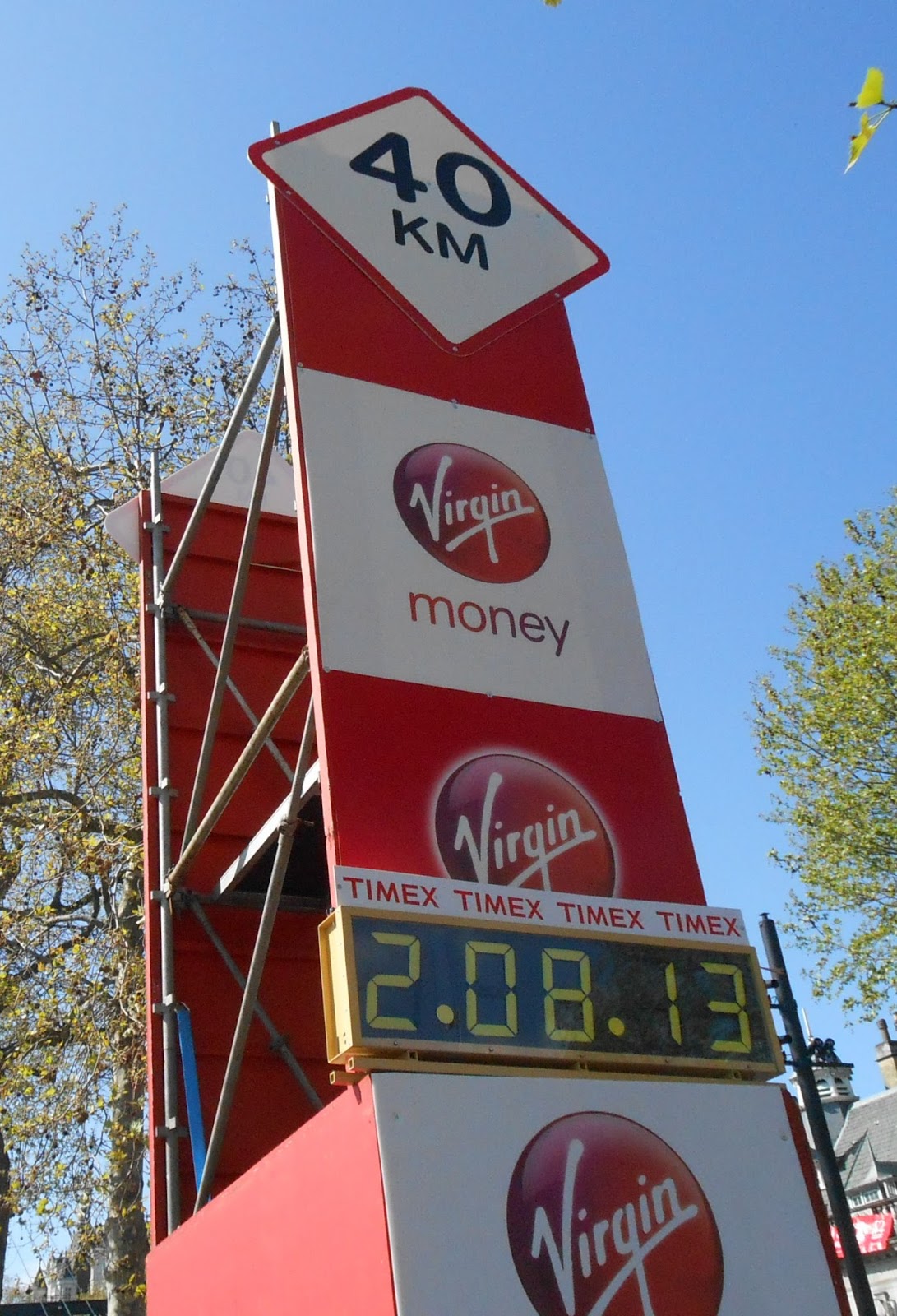 .First the women have arrived. 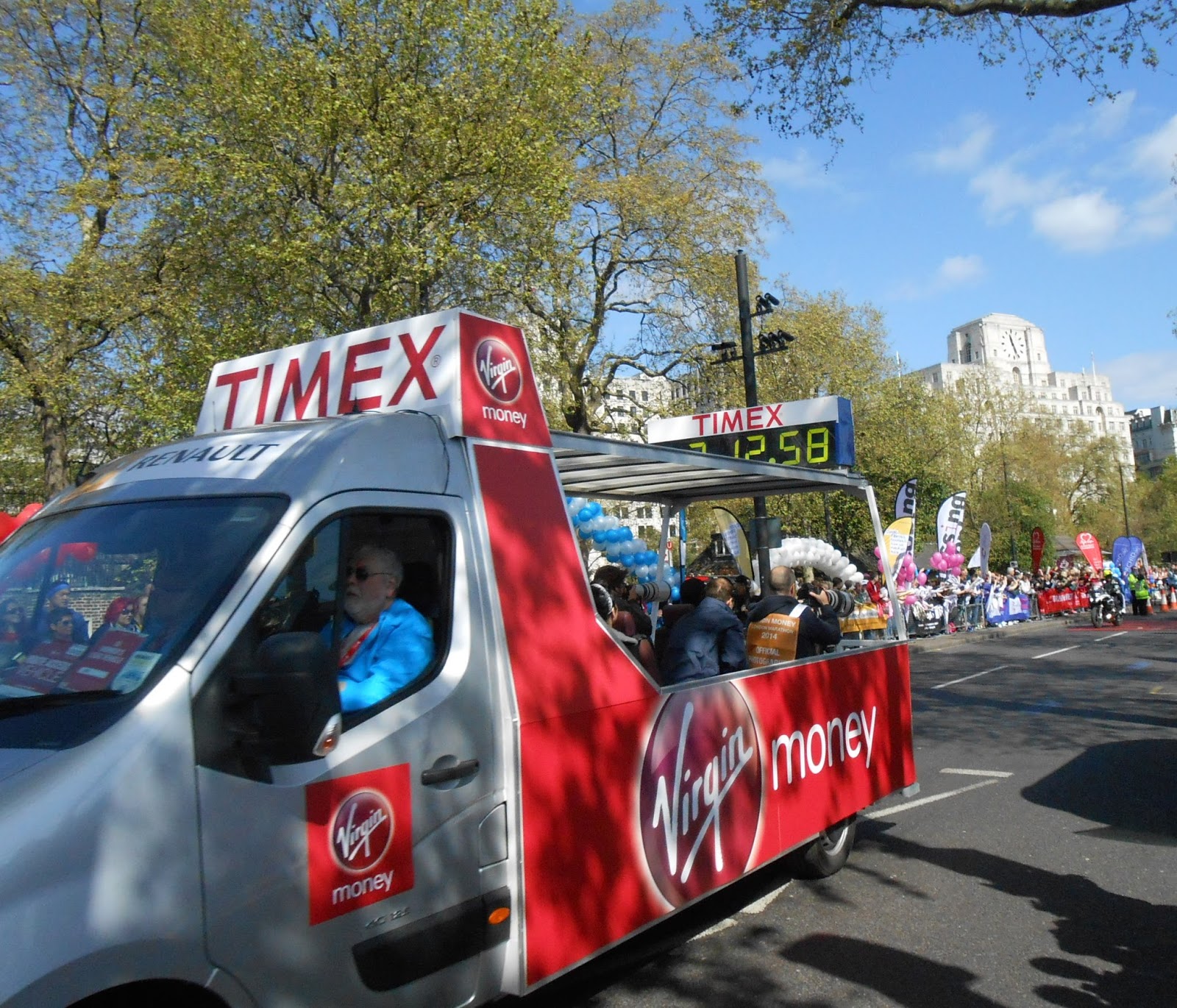 In the picture there are the winner and the  runner-up, Florence and Edna Kiplagat from Kenya. 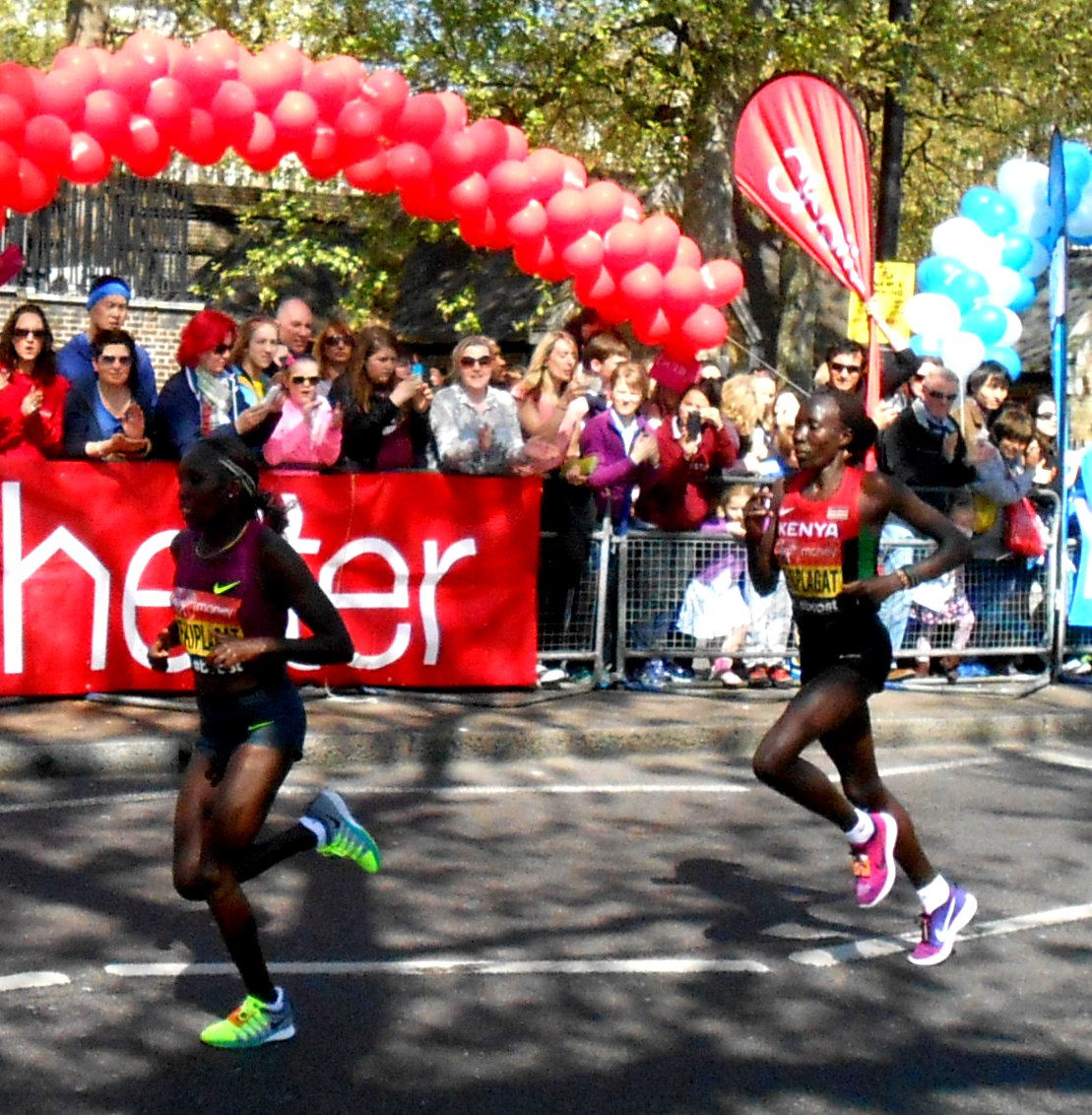 A little later  the men came. On this video you can see  the winner Wilson
Kipsang  and  on the second place Stanley Biwott, both from Kenya.

Wilson Kipsang  has won  in London the second time and he's also the world recorder.
The favourite of the  audience, the English Mo Farah, - who is the world champion
and olympic  champion on the 5000 and 10000 meters, -  got only the eighth place.

One week later I went to look at  Oxford-Cambridge boat race in Putney. 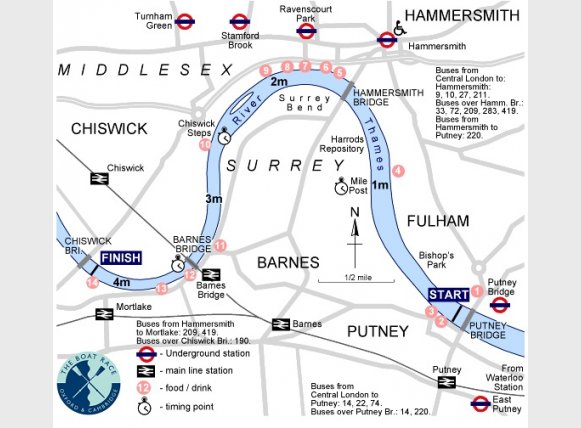 The  weather was slightly  bad. It was gale and in the time of the start it was rainy.
Nevertheless,   there was a huge crowd on both banks of the Thames. 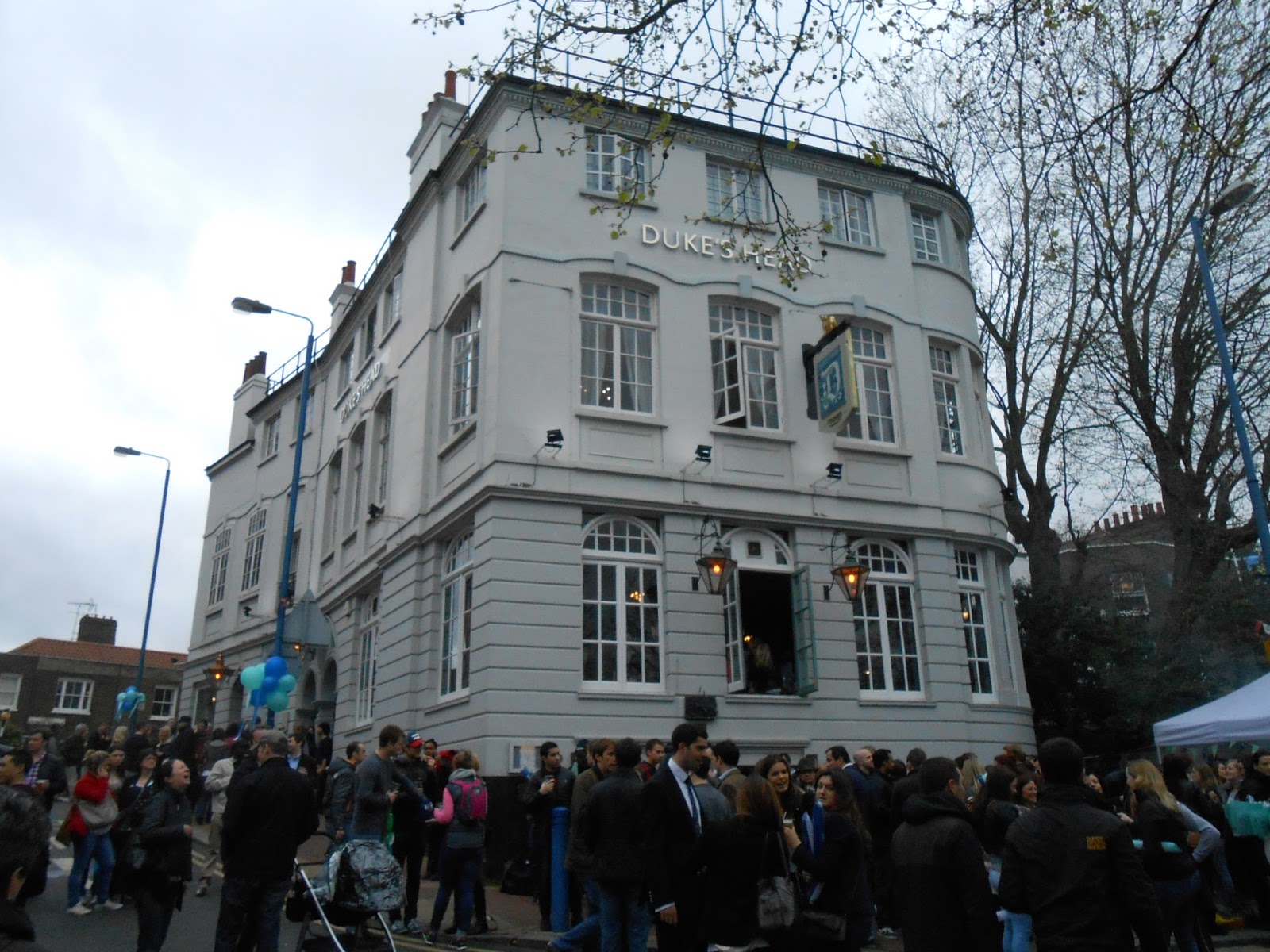 The people were able to watch  the race on  big screens too. The race also was a great fun, the people were  eating, drinking and they felt very good.  The first regatta was in 1829. The  idea comes from two friends. who studied at  the rival universities. On the
first regatta  the distance was 6,8 kms (just like today) and the winner was the
Oxford team. 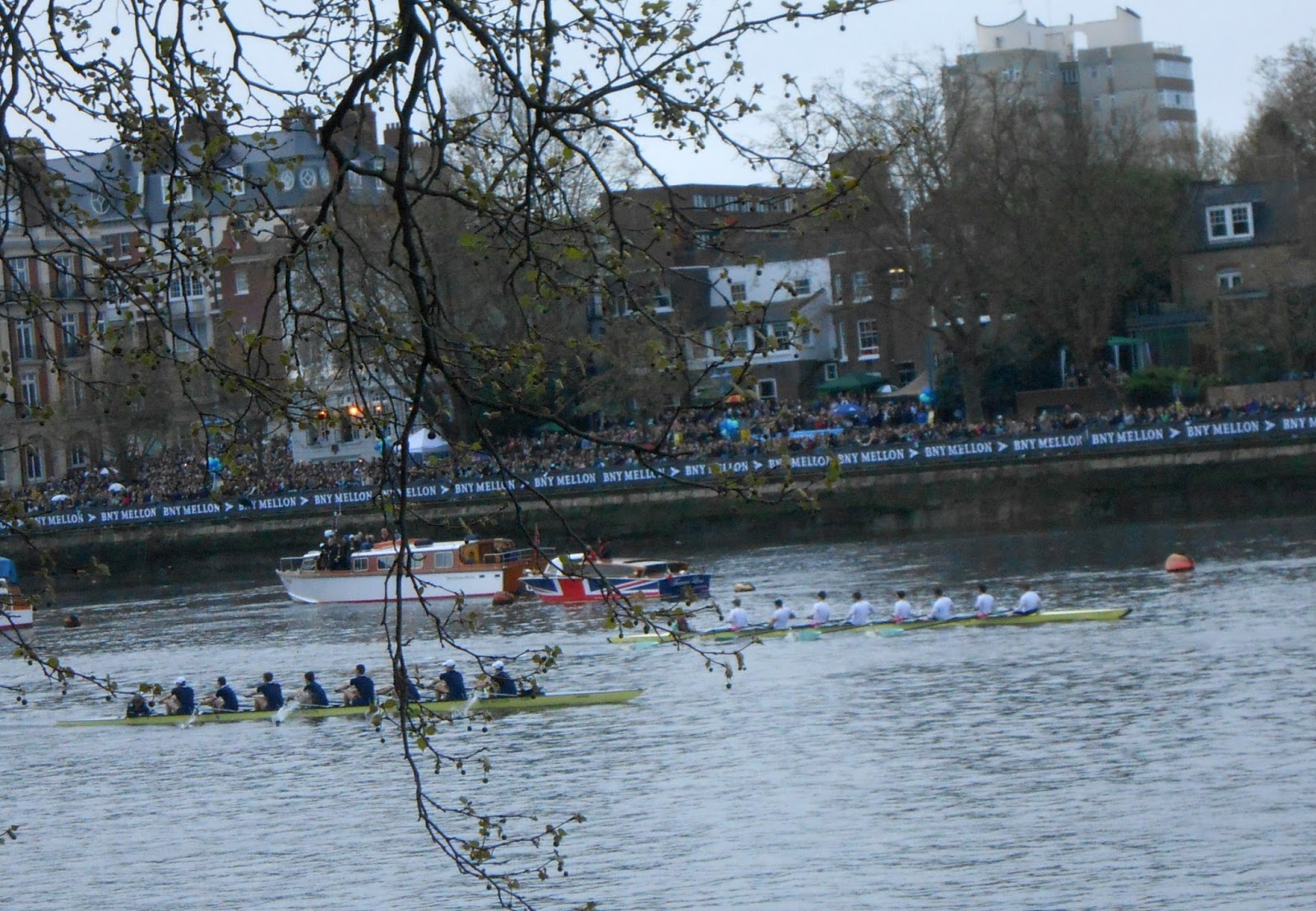 Until now the Oxford team have won 78 times, Cambridge  81
times and one time  the result  was a draw.  This year the Oxford team won the
race with a big   advantage. The Cambridge team had an accident, for this reason


the difference  between them was eleven boat length. 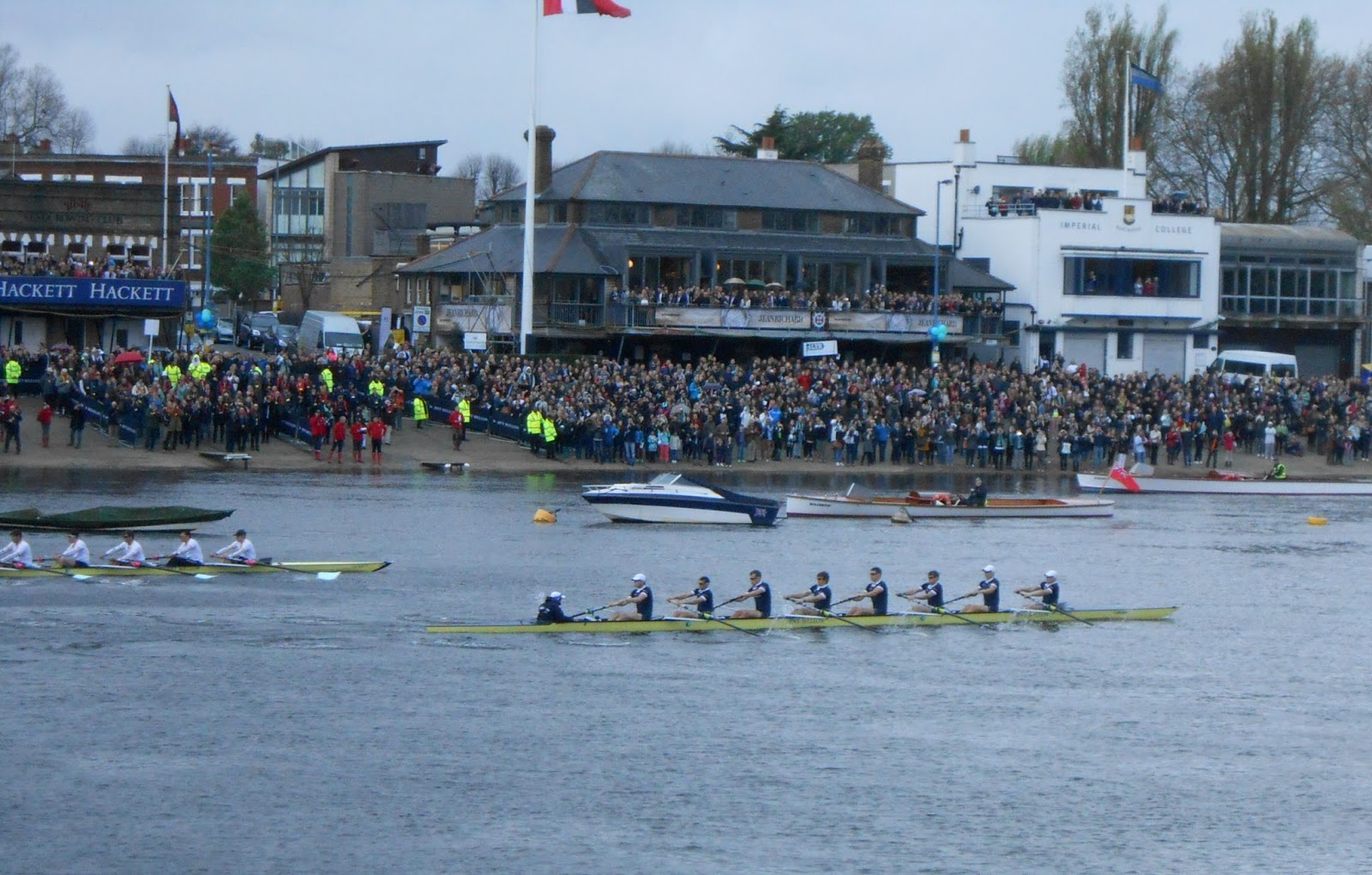 In April, I was in England for more than three weeks.  Most of  the time I took
care  of  my little grandchild, 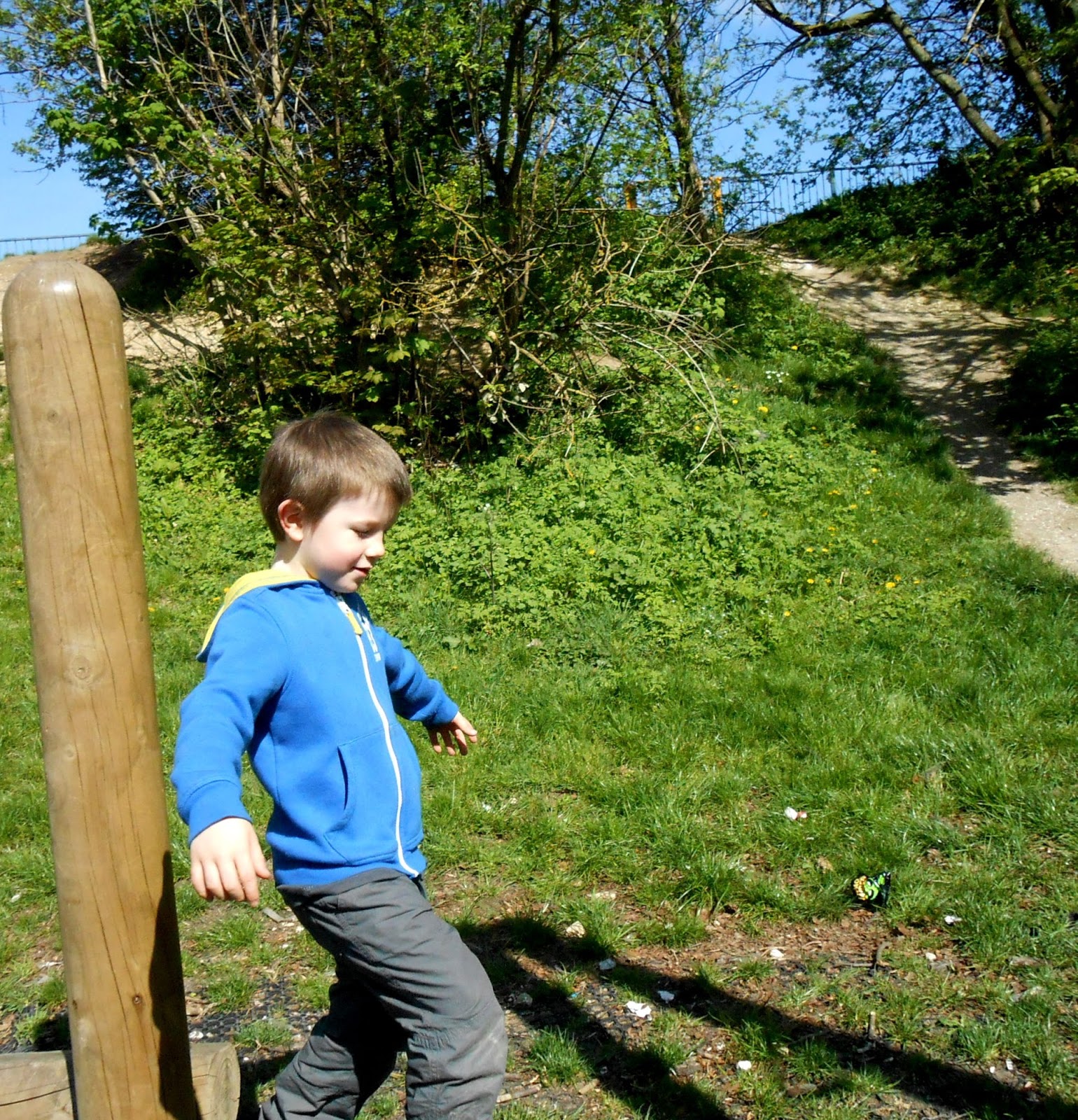 I cooked, I washed, I was shopping   so  I had little  time to look around
and  to travel.  I managed to travel by car  one day with my son and I saw
two events, which were interesting for me.

Beachy Head is found next to  Eastbourne, in the southern part of  county Sussex
on the coast. Here are Britain's highest coastal cliffs, 162 meters above the sea level.
Beachy Head's  name comes from the French word "Beaucheif '  which means a
nice piece on the waterfront. ( Nothing to do with the English word " beach"  ) 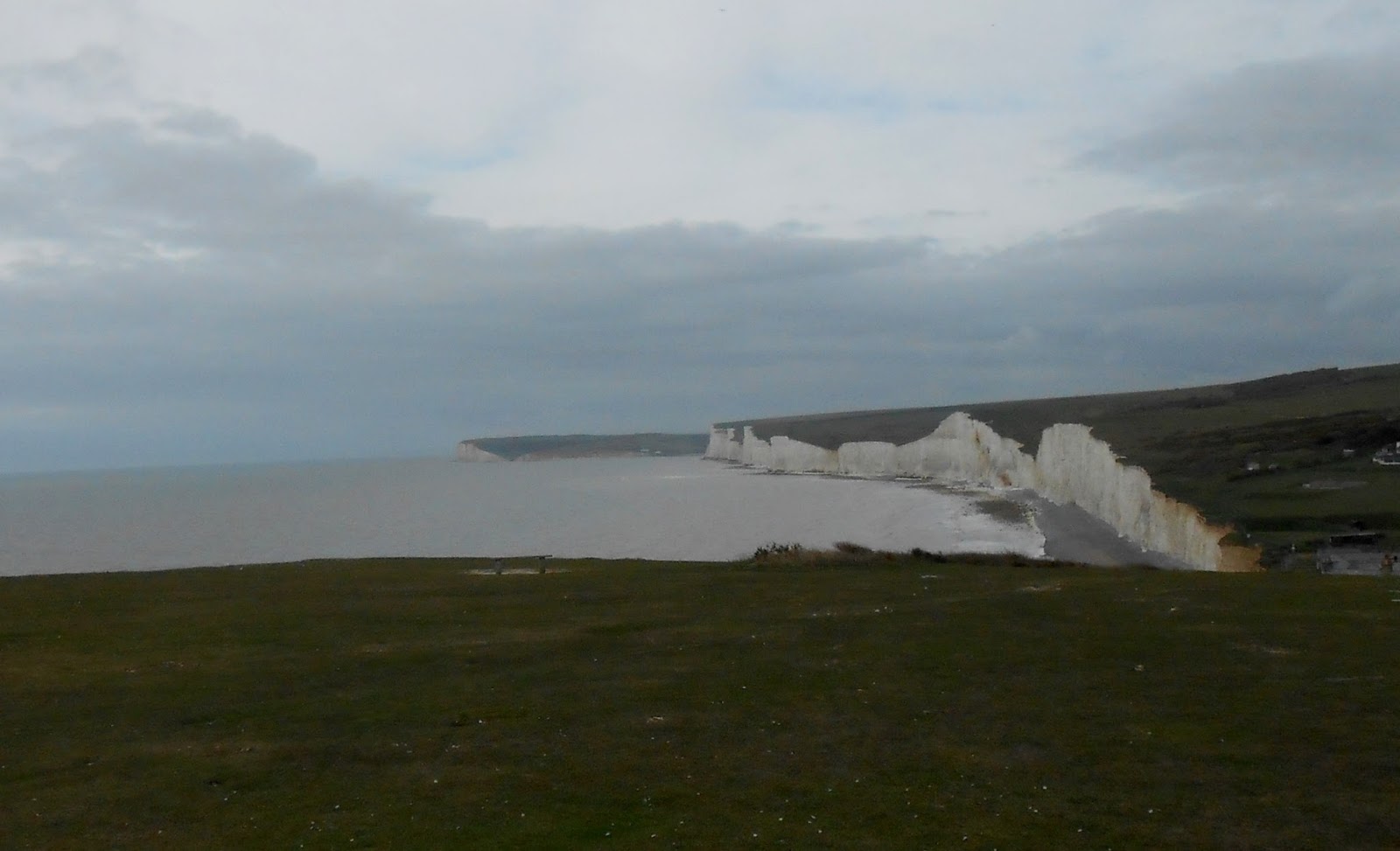 The area developed in the late Cretaceous period , about 66 to 100 million years
ago , when it was all over the sea . Later, after the last ice age  the sea level rose,
and formed the English Channel and limestone cliffs were born of the Sussex
coast .  The ocean takes away one meter from the cliffs  every year, so it's
dangerous to approach the edges of  the cliffs.  At weekends the coast guard
watches over the shore  to avoid the tourists taking away the white stones. 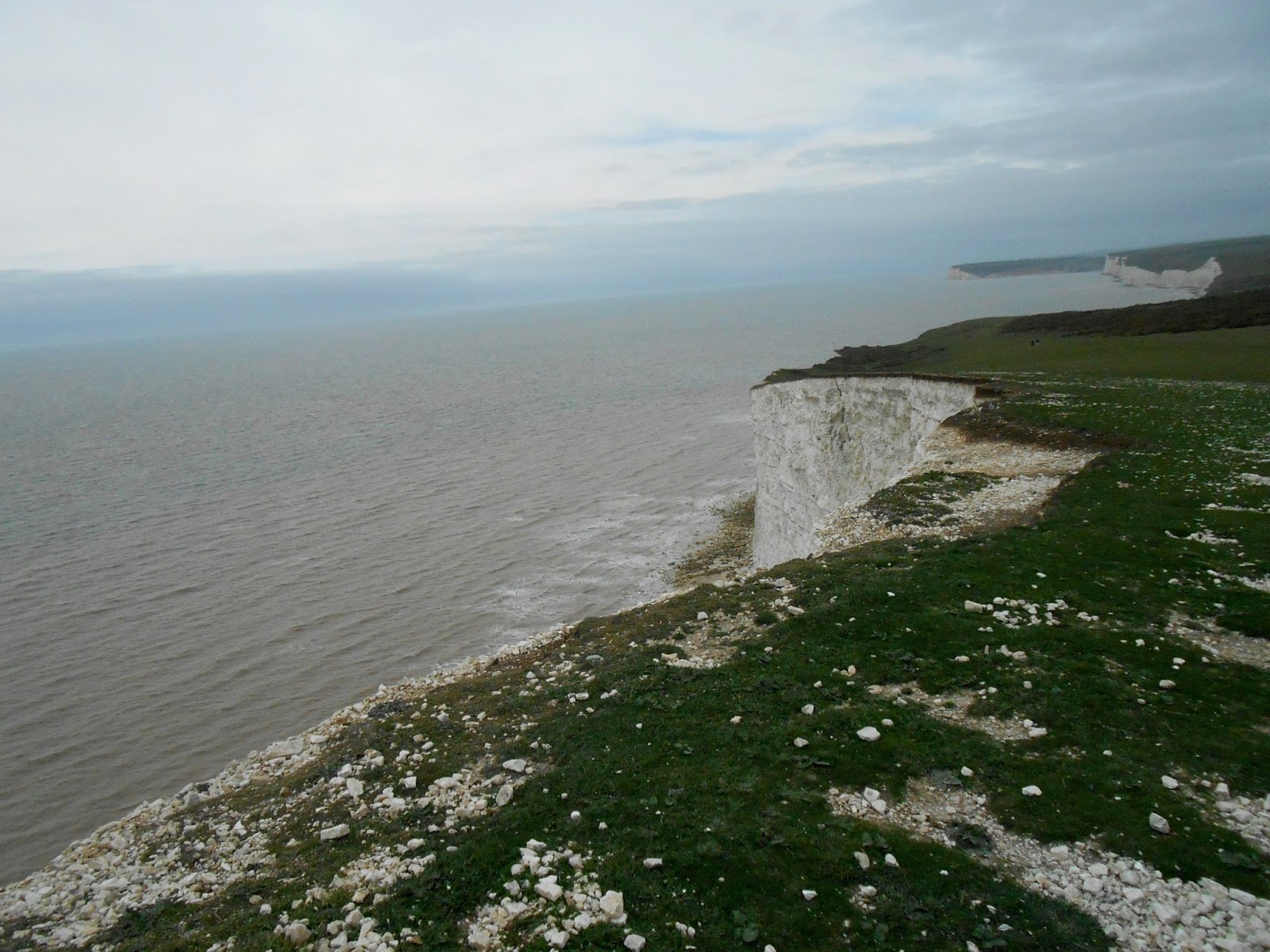 Beachy Head is one of the most notorious suicide locations in the world ( on
average there are 20 suicides a year )  The earliest records of suicides are  from the
sixth century . The beautiful countryside was the favourite place  of the German philosopher and thinker  Friedrich Engels. According to his  last wishes,  his ashes
were scattered  in the sea here.

A sight  of the coast is  the Belle Tout lighthouse. 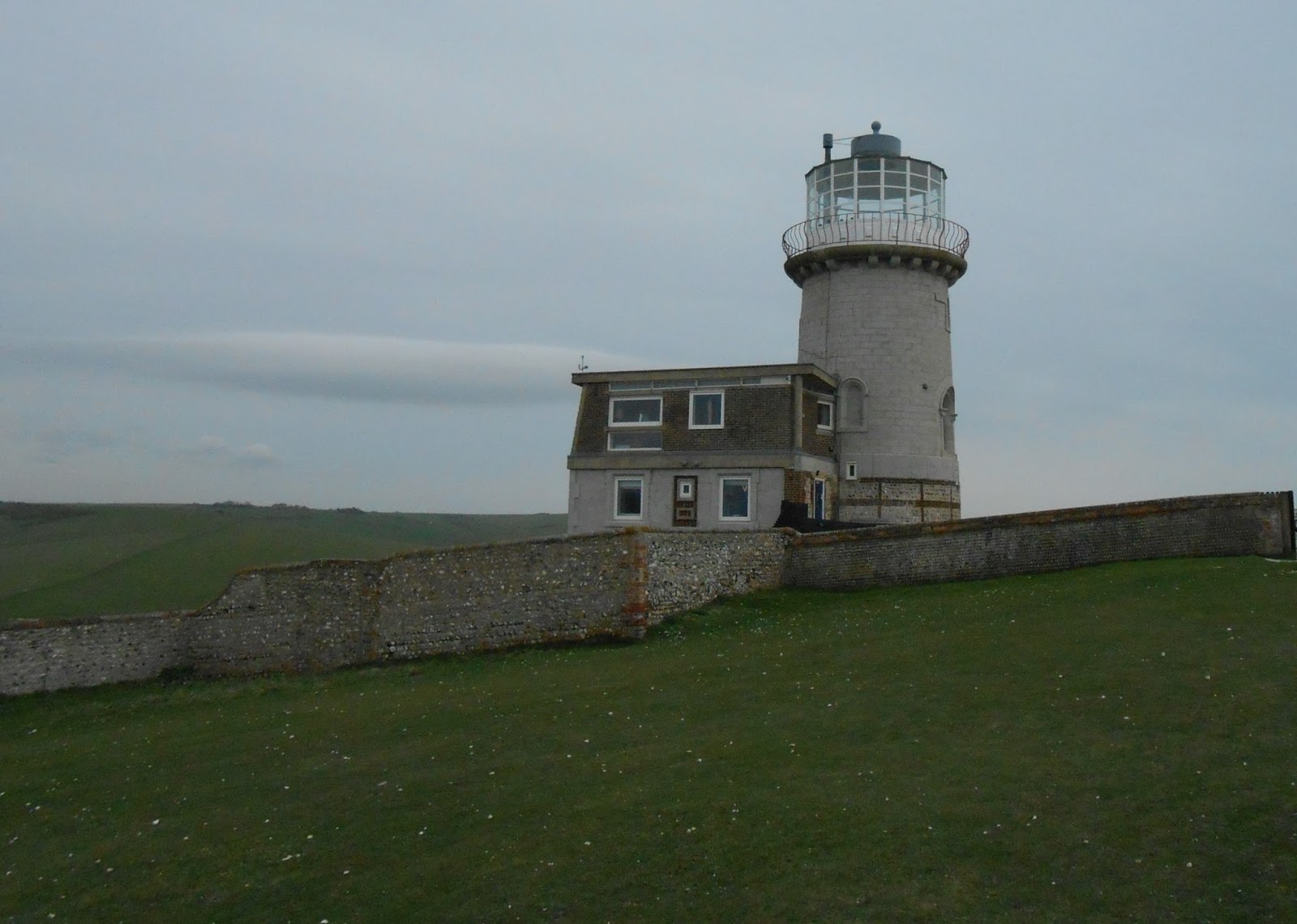 The original wooden tower was  built in 1828. There were 30 oil lamps, that lit for vessels.  There was often dense  fog, the seamen didn't see the tower because of the low light, so in 1902  a new, 43 meter high lighthouse was built. The seaside was crumbling because of erosion, so  in 1999  the tower was lifted, and was moved 17 meters further back.
( to be continued )
Bejegyezte: Mobi dátum: 4:27 PM No comments:
Címkék: Beachy Head, England, travel
Newer Posts Older Posts Home
Subscribe to: Posts (Atom)